Sadler’s Wells’ critically acclaimed international festival of hip hop dance theater, Breakin’ Convention , this year welcomes British Asian choreographer and fashion designer, Saran Kohli to its repertoire. Presenting his lauded piece, Molecules of a Dream, on Sunday 3rd May at 6.00pm, Saran will perform alongside UK and international companies and crews as part of the festival’s four-day program from 1st – 4th May. 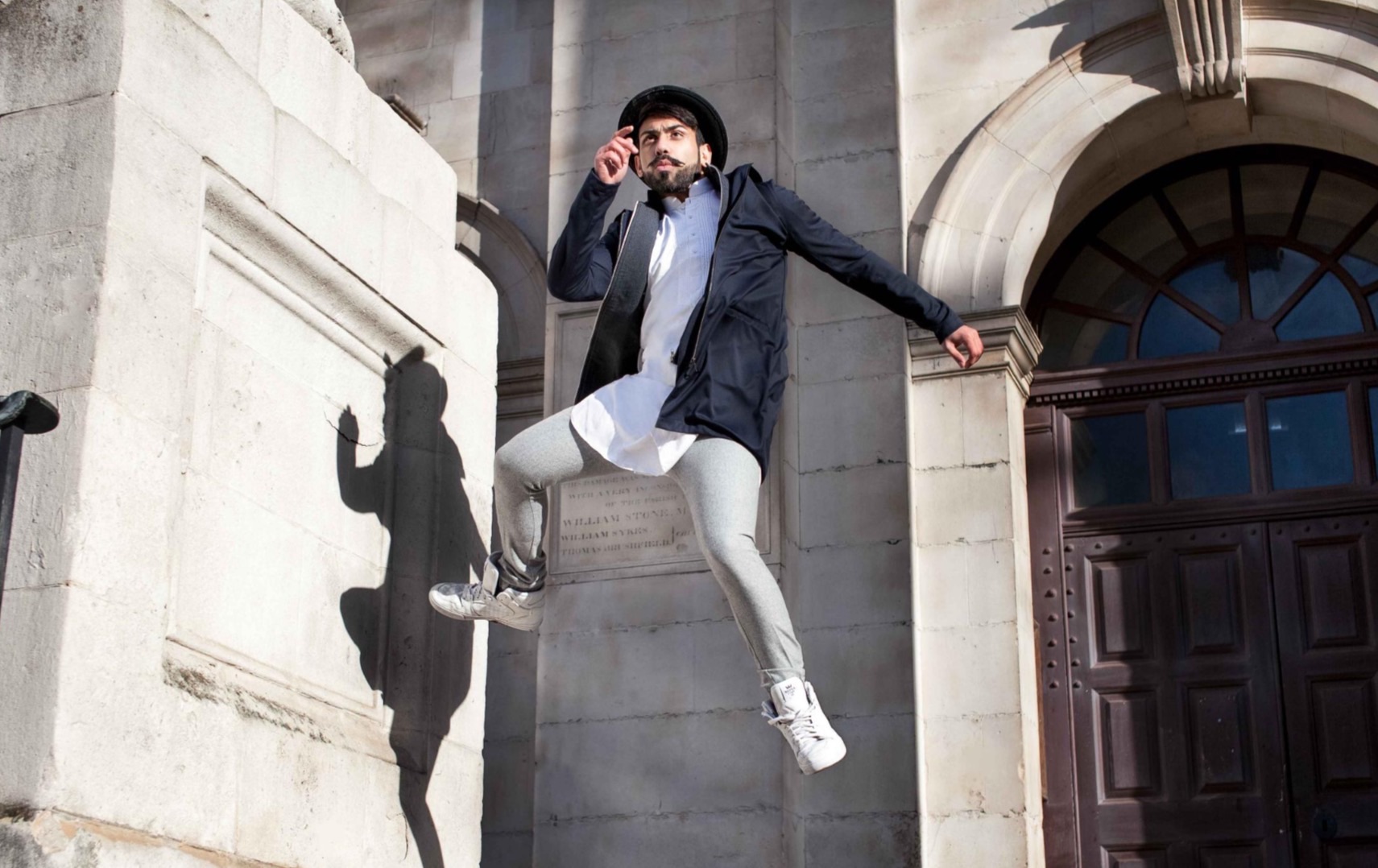 Now in its 12th year, Breakin’ Convention has firmly established itself as one of the major highlights on the British dance calendar and one of the world’s greatest celebrations of hip hop culture. This hugely popular Sadler’s Wells Production is hosted and curated by Associate Artist Jonzi D. Marking a milestone for the British Asian artist to be performing at the globally reputed festival, Saran Kohli will marry his two passions – design and dance – in a slick, street reinterpretation of Queen’s infamous .

A multi-creative talent, Saran Kohli is a London-based choreographer and menswear stylist/ designer with his own bespoke menswear label, who fuses the elements of dance and sartorial style to create a chic, performance art genre entitled “Streetorial”. He seamlessly incorporates elements of hip hop dance such as locking, popping, waving and freestyle into his stylised concepts and choreographies. As the name suggests, Molecules of a Dream provides an energised insight into an individual’s dreams of hope, freedom and happiness interpreted through dance and movement, representing the molecules that clash within the current system of social and economic edifice. Today, we inhabit an over-organised society of filling in the blanks, aligning with rigid structures while holding our own visions in hand. The molecules break free from the mold in this dark, cornered journey, taking the audience through one man’s dreamscape of inspirations and voices that stand out of the matrix.

Dance has been embedded in Saran’s DNA since the age of four, inspired by idols such as Michael Jackson, James Brown and South Indian artist Prabhu Deva, who infused his childhood with their inimitable melodies and movements. At 17, he launched dance company, Snach ENT, which provided performance platforms across the country and internationally in New York and India. A recent graduate from Broadway Dance Center (2013-14), Saran was honored with the “Outstanding Student” award for his innovative concepts and creative direction. As a performer, Saran is part of 201 Dance Company, playing second lead in Andrea Walker’s If You Leave Production and London’s top training academy, Company 68.