Sandeep Singh, Bollywood’s upcoming producer wears many hats – from journalism to heading the entertainment divisions at various organizations, he has come a long way. He is all set to produce films independently and reveals that Bollywood’s Queen, Kangana Ranaut is to be a part of one of his upcoming projects due to his promising talent! 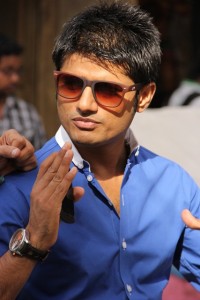 Being an integral part of Sanjay Leela Bhansali’s team, he has worked on movies like Gangs of Wasseypur, Ram Leela, Mary Kom and Bajirao Mastani.

“I am doing a film with Kangana Ranaut. She is an actress who believes in my talent. She is the first girl who told me that I should make films. When I told her I was becoming a producer, she asked me where her script was. I approached her and without hearing the longer version of the script, she agreed to work with me. She is a great sport!”

Kangana is known to pick out the best projects and with her eagerness to work with Sandeep Singh, this is sure to be an exciting film. We also hear that this talented man is to make his directorial debut soon with Sushant Singh Rajput.