Fox Star Studios has recently announced the lineup of their upcoming films in 2015 and 2016 and it is an amazing list that includes Ranbir Kapoor’s highly anticipated film, Bombay Velvet, which is scheduled to release May 15th. The film also stars Anuskha Sharma and Karan Johar.

Fox Star saw their biggest grosser in Hrithik Roshan’s Bang Bang last year, which went on to gross Rs 300 crore worldwide. The line up they have in store seems very promising. Their first release of this year, Khamoshiyan, which did reasonably well. Next we will be seeing Emraan Hashmi’s Mr X on April 17th followed by Bombay Velvet. 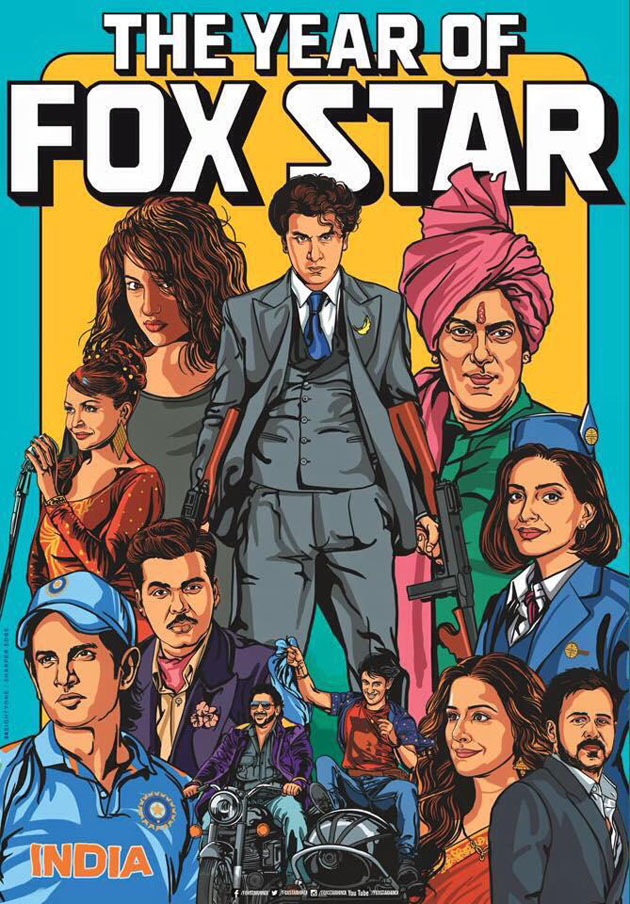 So far for 2016, Fox Star has Neerja with Sonam Kapoor and Shabana Azmi and Akira with Sonakshi Sinha lined up. Which film are you looking forward to the most? Sound off in the comment section below.