Superstar Ajay Devgn, will play the lead in the much awaited Drishyam releasing on 31st July and as a very special treat for his fans, the actor will launch the Drishyam logo on his birthday! He will be launching it today through his Twitter handle and his Facebook page just for his fans! 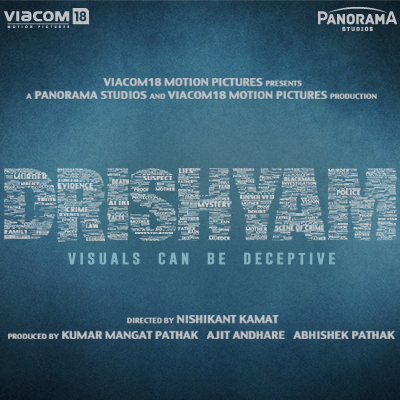 Reminiscent of his earlier stellar and gripping work in movies such as Apharan, Gangajal, Zakhm and Omkara, amongst others, Drishyam will see Devgn’s subtle yet powerful acting chops to the maximum, with a role that’s etched in various shades of the raw human personality! Delving deep into the susceptible human mind due to unforeseen circumstances, with a touch of cunning, outsmarting intelligence, the role that Devgn essays in Drishyam is unlike any ever portrayed by him before.