Sidharth and Alia are coming back on-screen once again and this time not with Varun but with Fawad Khan! Well looks like this is going to be an interesting film – we hope! Karan Johar has confirmed that actors Sidharth Malhotra, Fawad Khan, Alia Bhatt and Rishi Kapoor are going to be a part of Dharma Productions’ next – Kapoor & Sons. Directed by Shakun Batra, the film is modern family drama with a love triangle. It also stars the veteran actor – Rishi Kapoor, in a pivotal role. 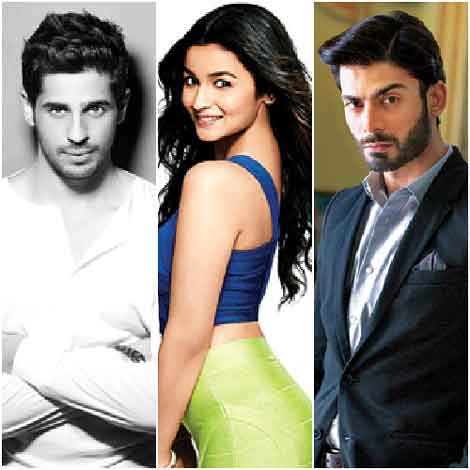 While Dharma is home to actors Rishi Kapoor, Sidharth Malhotra and Alia Bhatt, this is first time India’s recent heart throb from Pakistan, Fawad, will be working with the production house. We have a good feeling Fawad is going to be excited working under KJo’s production home! I mean who wouldn’t! The release date for the film is yet to be announced. Stay tuned for more on the film’s updates!

Do you think he casted a good group of actors together? Drop us a comment and let us know!