Deepika Padukone who will next be seen in and as Piku ,directed by Shoojit Sircar is extremely excited with the family comedy drama ,so much so, that the she is going all out to ensure that she gives the slice of life family entertainer her complete focus. 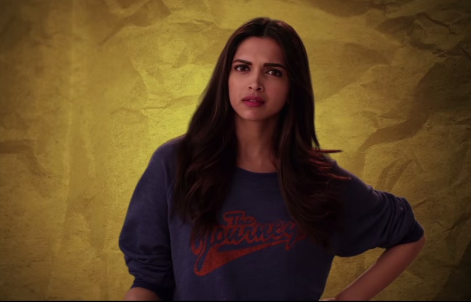 As the trailer of the film is set to come out very soon and will also hit theater screens along with YRF’s Detective Byomkesh Bakshy,the makers will soon launch a unique,quirky teaser that will see the star cast in an amusing argument over the film’s trailer and promotions.

Sources reveal that in one of the creative meetings, Deepika Padukone happened to mention a fun way of introducing the trailer, with a teaser that sees Amitabh Bachchan ,Irrfan Khan and herself in an argument ,discussing whether the mark or not, in their own character roles!

” Yes, Deepika happened to bounce the idea off us and we loved it immediately because it was unlike other conventional teasers – The team further worked on the idea and we are very excited to see the way the audience reacts to it”.

Like what you see? Well there will be more where that came from!