An exclusive look from the sets of Nikhil Advani’s Akshay Kumar starrer ‘Airlift’ has been released. The image features the Khiladi of Bollywood – Akshay Kumar – in a crisp brown suit, staring at the ruins of what was then a buzzing street of Kuwait in the 90s. 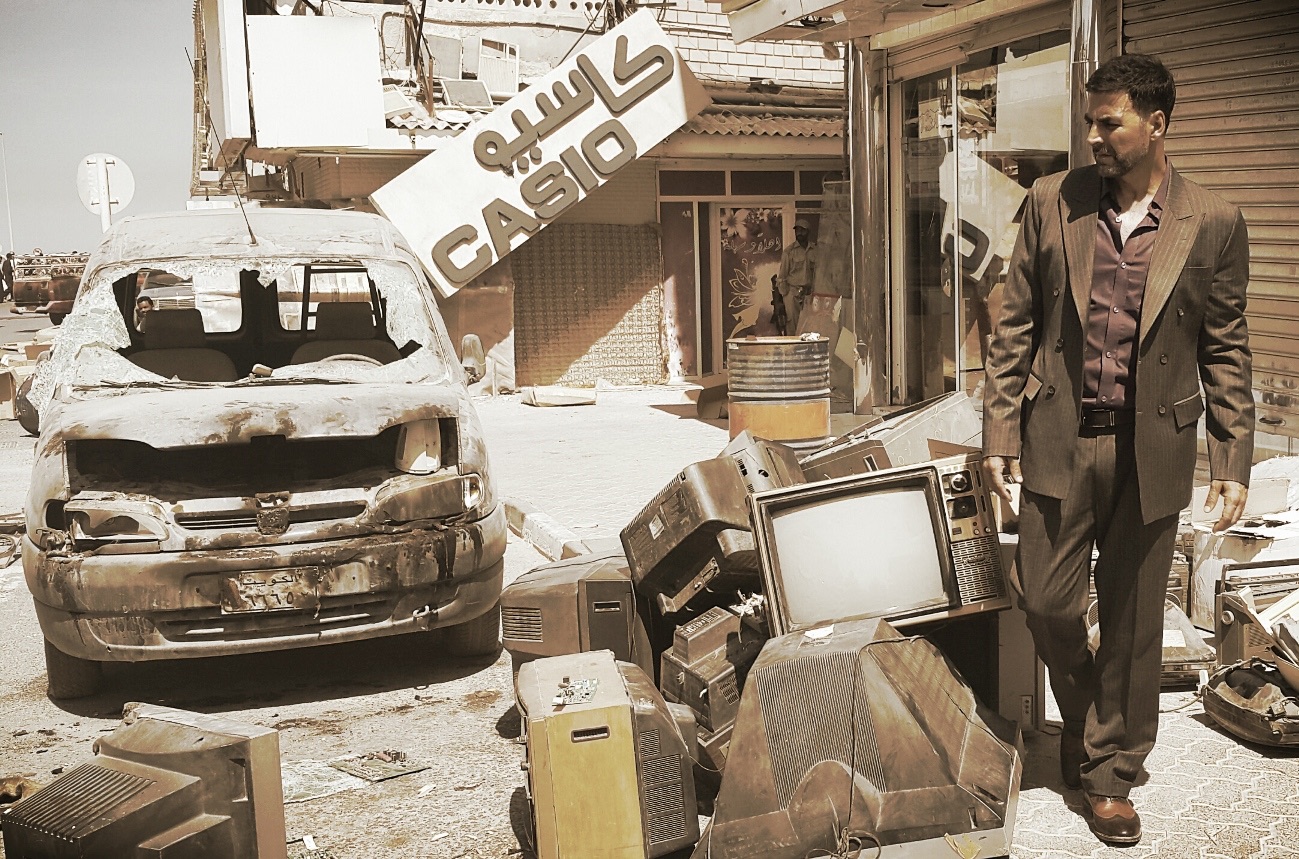 The film revolves around a real incident that occurred in Kuwait in the 1990’s at the time of the Gulf War when a powerful Indian businessman Ranjit Katyal helped evacuate 1, 70,000 Indians safely back to their home country. Since the film is set a decade ago, it has also been shot in the old streets of Ras-Al-Khaimah, which looks exactly like Kuwait and Baghdad during 1990s.

“For the film, we had to create sets that looked exactly like Kuwait in the 1990’s. So, we started scouting for places that would give the impression of that time and we zeroed in on Ras-Al-Khaimah, which was perfect. We have taken extra care, with in depth research to keep the feel of the 90’s intact. I am very happy about the result and hopefully we can take the audience to that era.”

‘Airlift’ is an edge-of-the-seat entertaining thriller, releasing January 22, 2016. Akshay Kumar plays the Indian-born Kuwaiti business man alongside Nimrat Kaur plays his wife. Directed by Raja Menon, ‘Airlift’ is produced under the Emmay Entertainment & Motion Pictures LLP along with T-Series and Cape of Good, in strategic partnership with Abundantia Entertainment.