There are some trailers that stay with you long after you’ve seen it! And that’s exactly what has happened with Shoojit Sircar’s family comedy drama Piku’s trailer that went live on You Tube and Facebook on Wednesday night.

In less than a few hours, the trailer went viral and began trending nationally. Several celebrities joined fans and critics as they gushed about the trailer and showered the cast- Amitabh Bachchan, Deepika Padukone and Irrfan Khan with profuse praises!

Leading Bollywood critic Rajeev Masand who was one of the first to tweet said: “#Piku looks like such fun! And whattay cast.”

Leading director Karan Johar who was equally impressed with the trailer said: 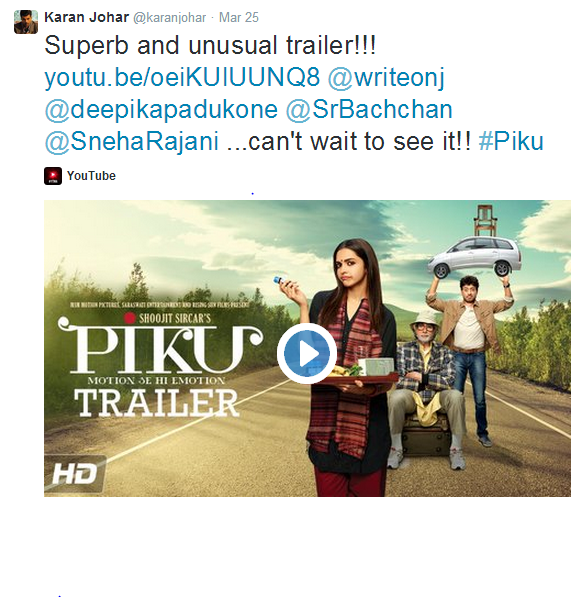 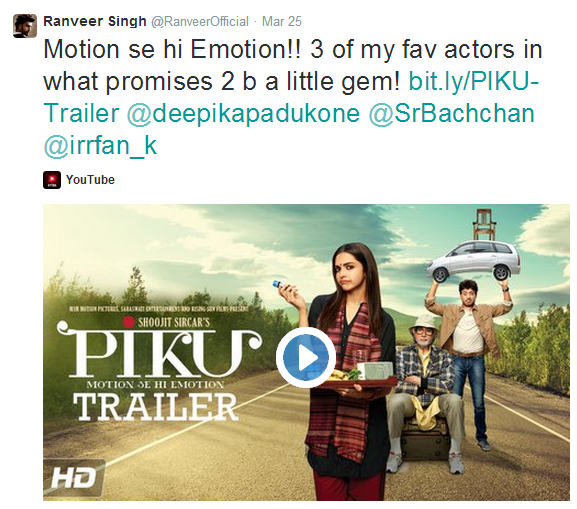 The actor was also joined by many young Bollywood celebs who were all praises for the trailer as below: 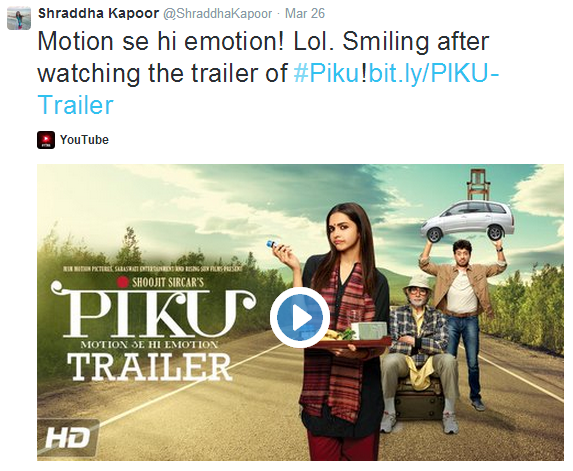 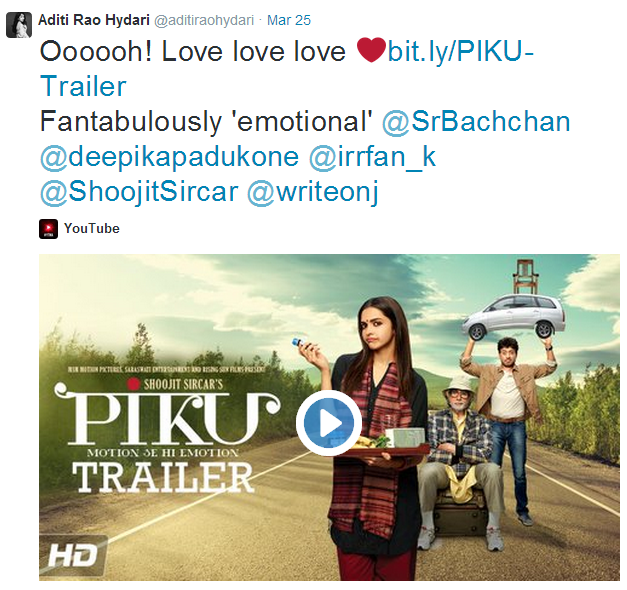 Nimrat Kaur was excited about Piku and exclaimed:

Also, Ayushmann Khurrana was so impressed with the film that he urged the audience to watch the trailer on Twitter. 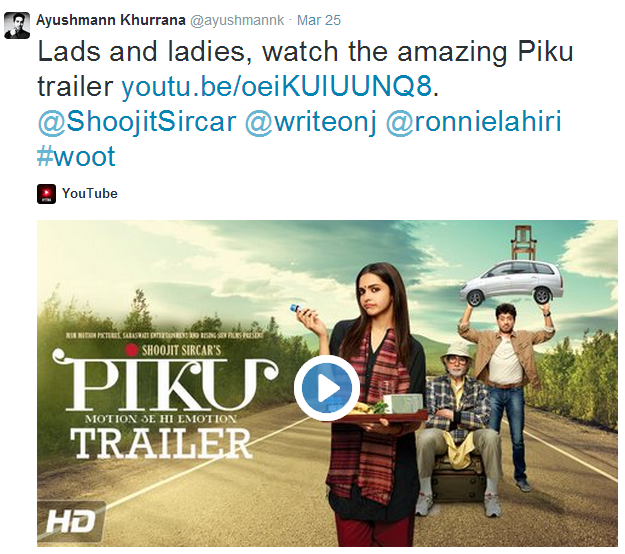 Not only them, the trailer has also received raving reviews from other film makers like Anubhav Sinha, Homi Adajania, Sujoy Ghosh too. 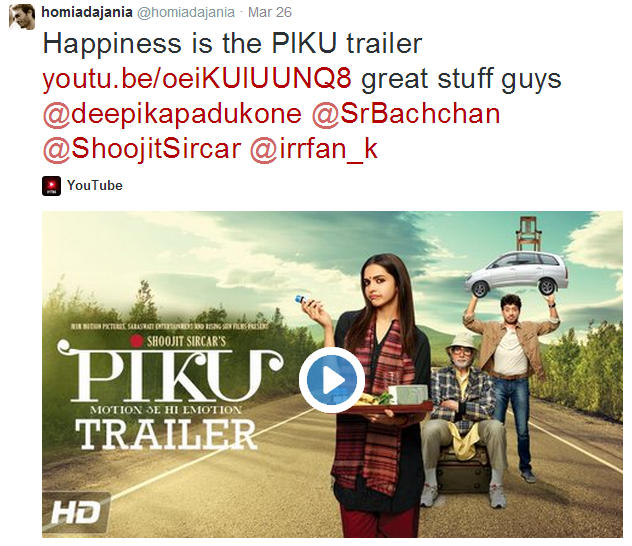 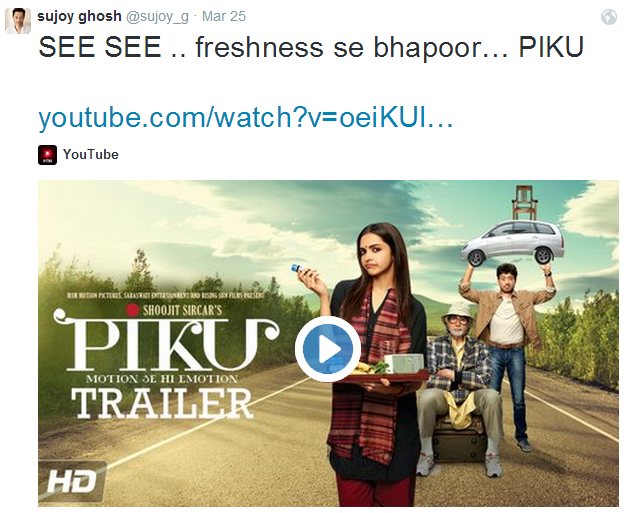 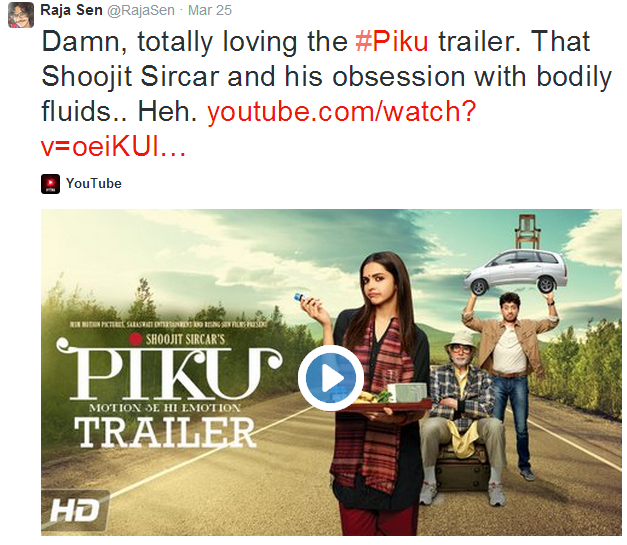 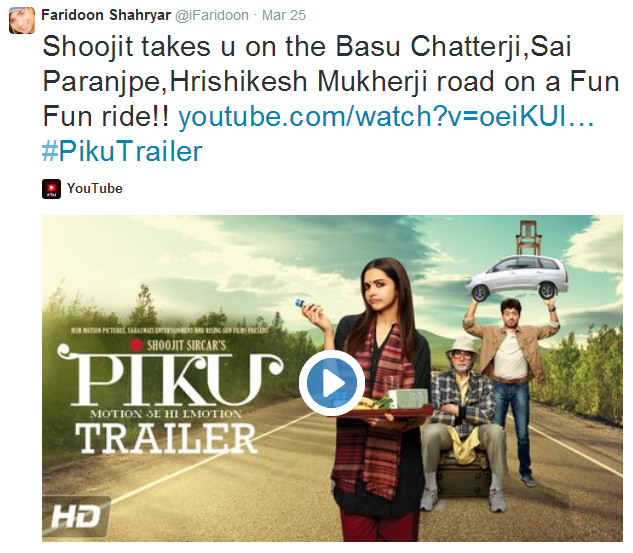 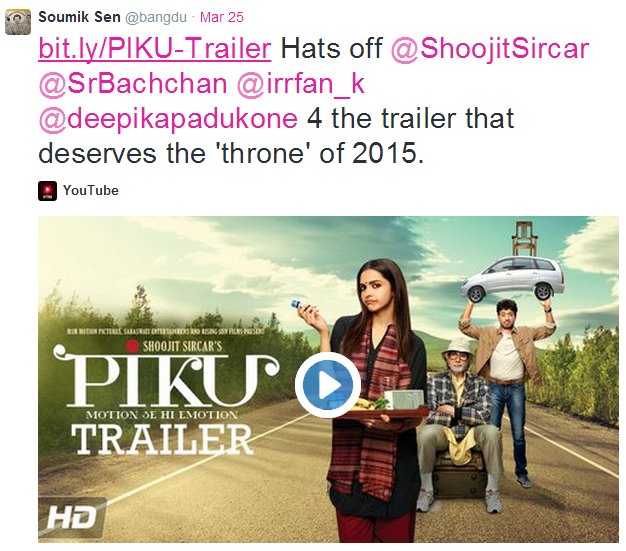 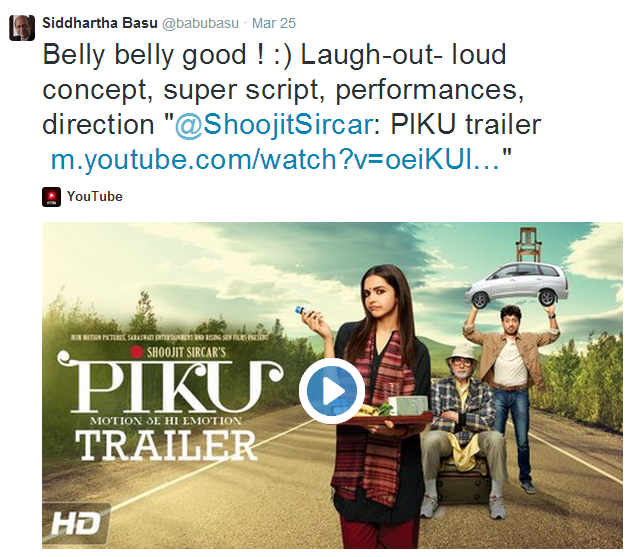 Loved for its freshness, innocence, tenderness and a good dose of humor, a lot of people tweeted that finally they were looking forward to a clean family comedy in summer 2015! It’s been a little over 36 hours and the trailer is still a resounding success on the social media platforms, with almost 2 million views on the official platforms on Facebook and Youtube.Sure enough, such overwhelming response has left the three super stars and film’s director beaming and blushing!

‘Piku’ is a roller coaster ride of a crazy father-daughter relationship essayed by Amitabh Bachchan and Deepika Padukone with Irrfan Khan top lining the cast, in a pivotal author backed role. ‘Piku’ also marks coming together of Shoojit Sircar, Ronnie Lahiri and Juhi Chaturvedi, the team behind Vicky Donor. Produced by MSM Motion Pictures (a division of Sony Entertainment Network), Saraswati Entertainment and Rising Sun Films, distributed worldwide by YRF, ‘Piku’ will release worldwide on May 8, 2015.