Filmmaker Sanjay Gupta, who has started the shooting of his next film “Jazbaa”, starring Aishwarya Rai Bachchan, has described working with the actress as “fabulous”.

Aishwarya, who was last seen on the big screen in the 2010 film “Guzaarish”, is making her comeback with “Jazbaa”.

“I’m sure some of you wanna know what it was like to shoot with ARB today (Tuesday). Putting it mildly, it was FAB. We’re on a roll & it’s a good one,” Gupta tweeted.

He had even shared a photograph of the actress while filming. Even though the photograph is a back shot, she is seen sporting a black leather jacket with her hair neatly tied up and looking at a computer in a laboratory.

Gupta captioned the image: “She is back”. 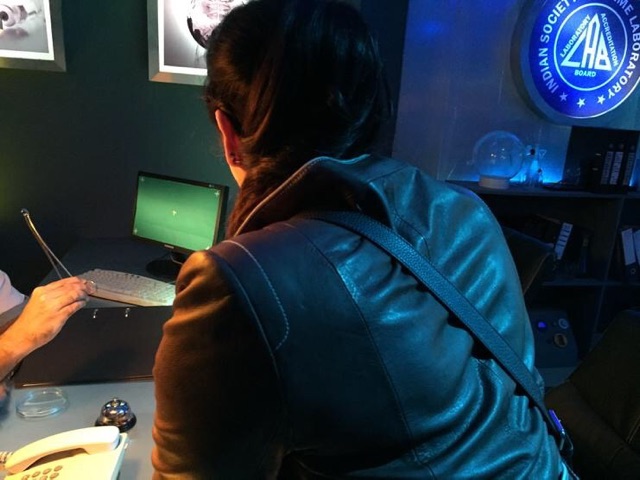 On Wednesday, he was upbeat about another day of shooting of “Jazbaa”, which is an action thriller.

“On my way to another killer day of shooting JAZBAA. Some intense scenes to shoot today. Will be fun,” he tweeted.