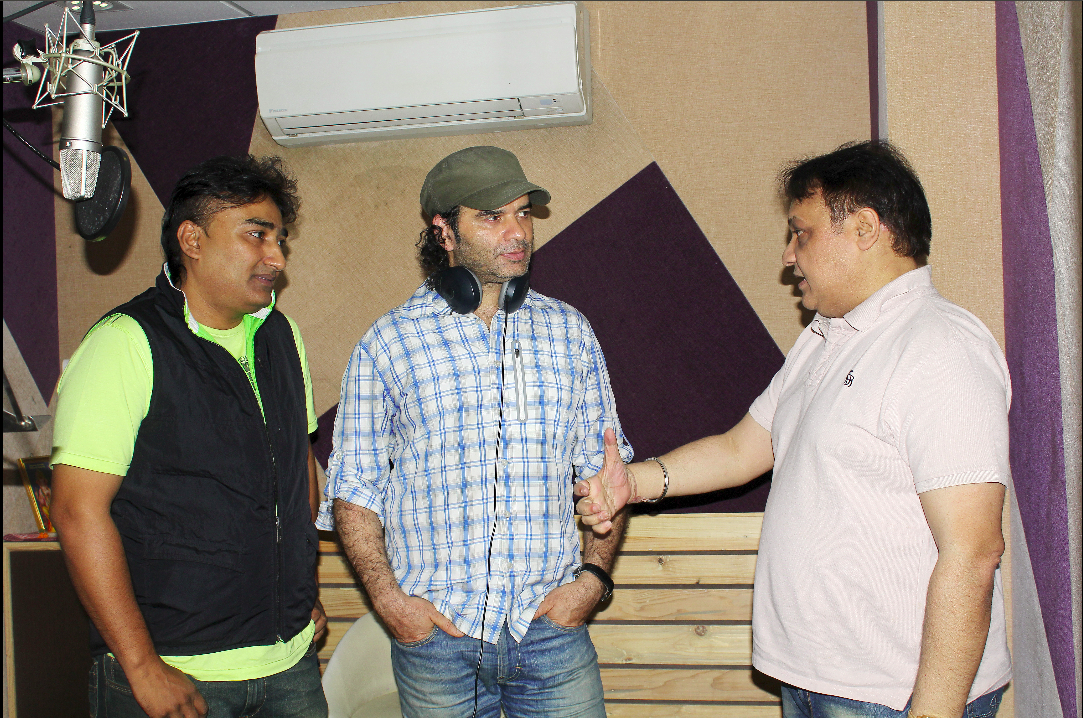 According to Aajan Bhattacharya – I had work long time with Meet Brothers our journey was very nice. During my association with him i have created Musical Magic in lot of films like Ragini MMS, Kick, Bhootnath Return, Baby , Roy , Boss, Oh My God, Satyagrah, Do Duni Char , Paan Singh Tomar, Kya super kool hain Hum Etc. But I am very happy with my first assignment as an independent Music Composer in   “Ishq Junoon – Passion of Love”. I am very Lucky my tune got approved in first Music Siting, Producer Anuj Sharma and Director Sanjay Sharma have very good sense of Music, they had given me full freedom so i am trying to give him my best of Hundred Percent. After recording everybody are glad to hear my song.

Producer Anuj Sharma says – Aajan is very talented Music Composer, He has a lot of knowledge of music, I am very happy to work with him. I hope Aanjan Bhaaytcharya’s song will be best part of my film also album.
Director Sanjay Sharma told to Media – Aajan has challenging guts to compose various song, He is also film visionary person. I am very confident hit reflection of his song of my Film.