After breaking the news that Arjun Rampal and Jacqueline Fernandez will be essaying a role of a director in ROY, we bring to you  exclusive images of the Srilankan beauty Jacqueline directing a film in reel life!

We hear that she took tips from the director Vikramjit  Singh and renowned DOP Himman Dhamija who has worked on films like Mangal Pandey and Daawat E Ishq to name a few. Jacqueline was quite excited to go behind the camera and we hear once she sat on the director’s chair she was the one calling the shots, and giving instructions to everyone around that included the real director as well- in a jovial way confirmed a source close to the team 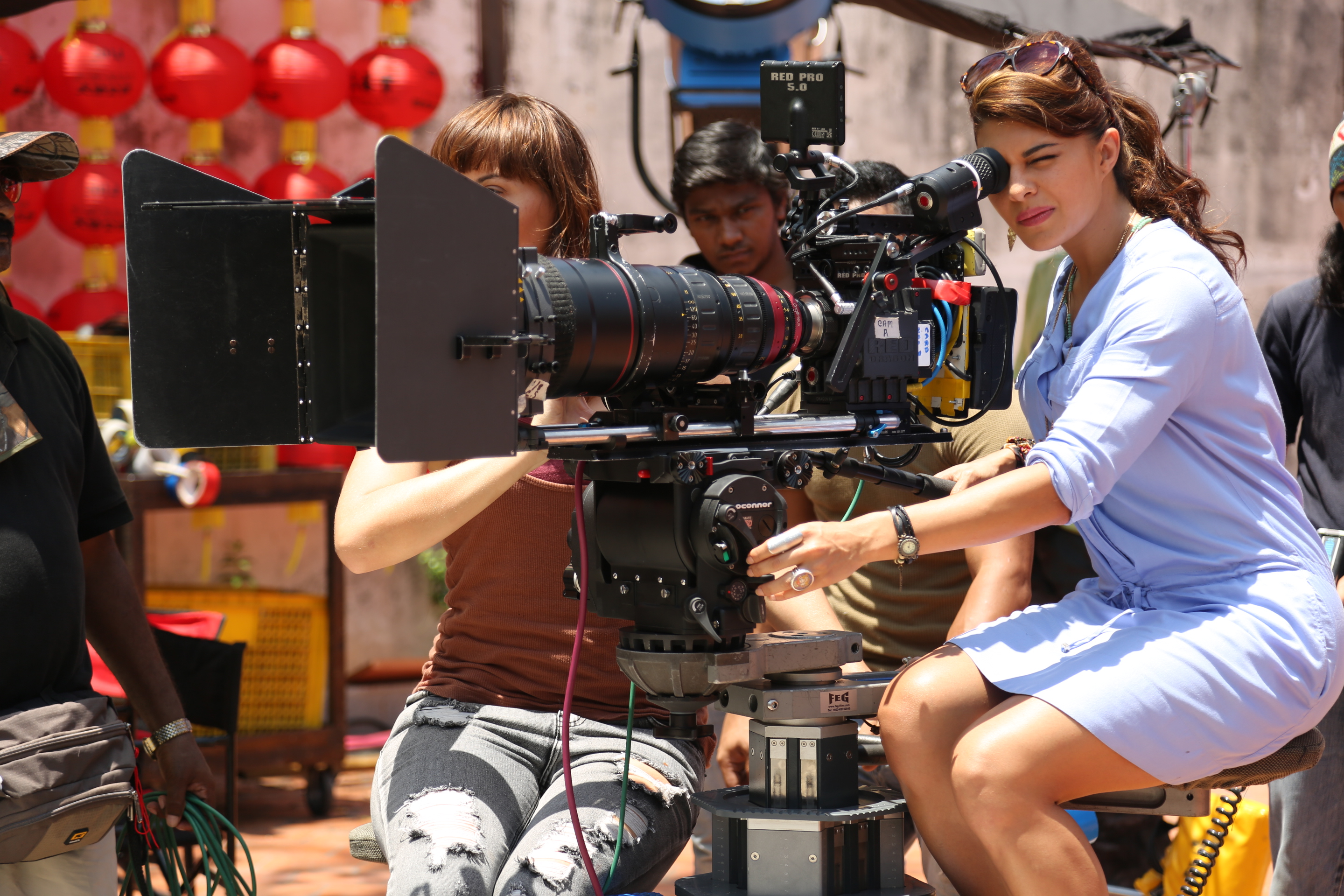 Jacqueline excited with the roles she essays in the film says, “I am playing a double role for the first time and icing on the cake is playing two completely different characters. For the role of a director, I had to get some attributes  of that character right. I got some on the job tips from Vicky and Himman. Himman to get the correct look and actions also taught me how to use the camera.” 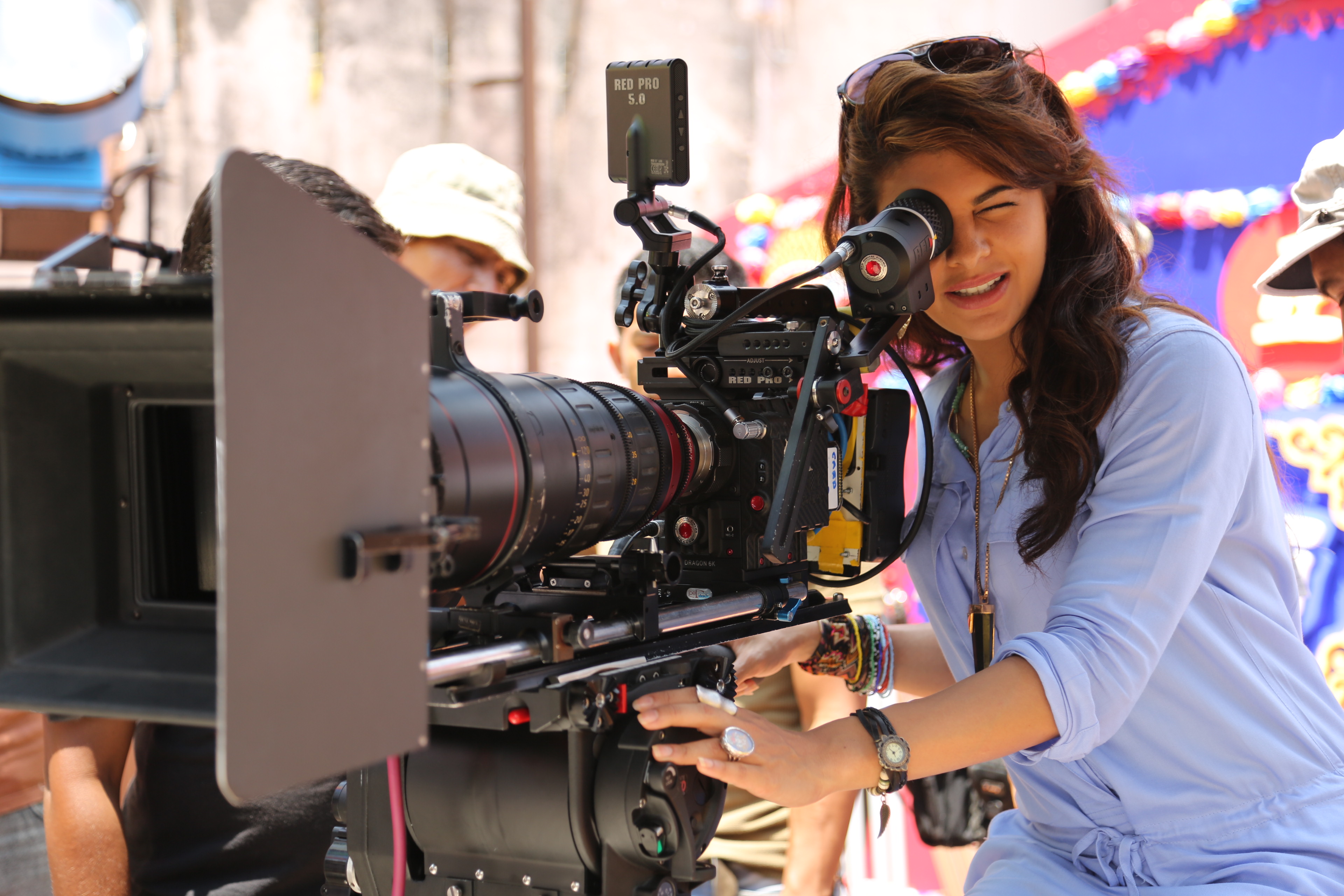 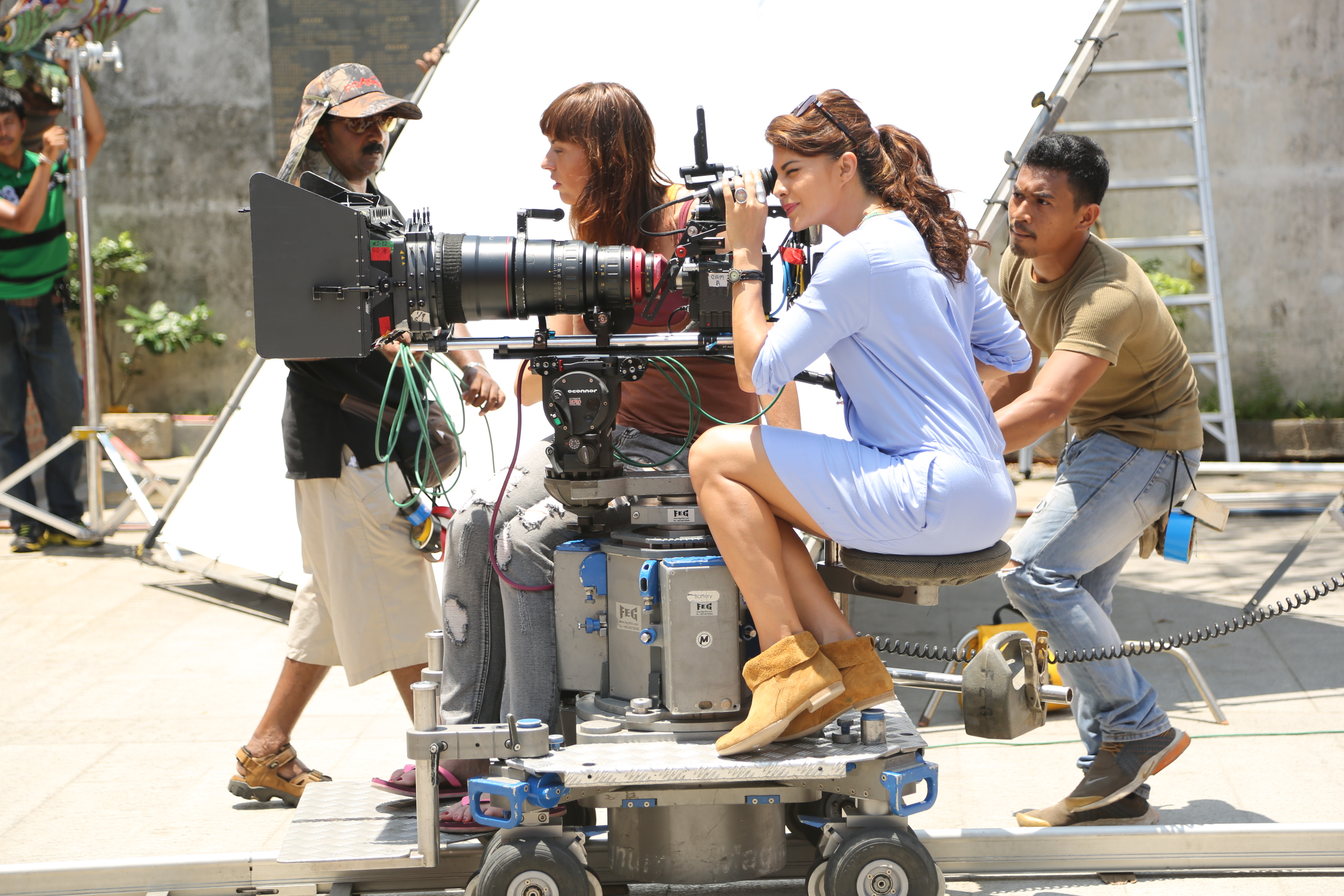