Maybe it’s all for show? Maybe it’s a PR stunt? The closeness of “Bigg Boss 8″ contestants Karishma Tanna and Upen Patel has become one of the talking points of this season of the show. Karishma says they like each other but it is too early to tag them as a ‘couple’. 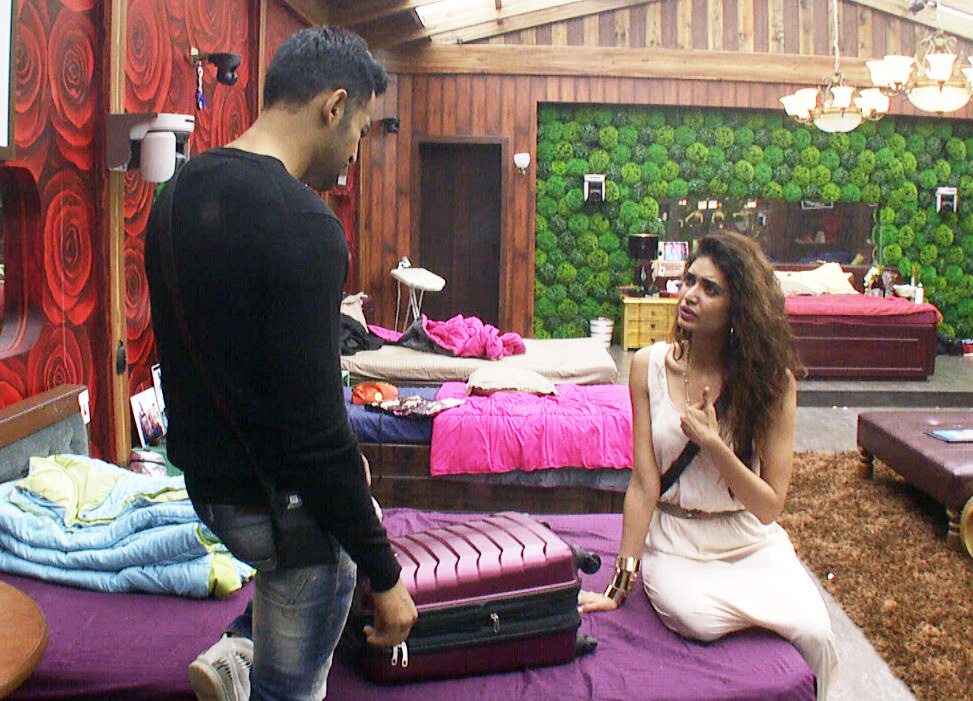 On Pritam Singh’s birthday, RJ Malishka from RED FM along with Pritam’s wife and two fans called up at the “Bigg Boss Halla Bol” house to wish him.

but later she went on to add that it is too early for them to call themselves a couple. However, she didn’t deny that they like each other. Hmm. very interesting!

Upen entered the house as a guest after Ajaz Khan, one of the challengers, was asked to exit the show. There are rumours that the duo got intimate inside the house last week.

And since the time Upen has come into the house again, she feels more positive and he makes her happy.

The episode featuring Karishma opening up about Upen will be aired Tuesday on Colors channel.