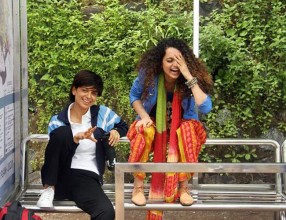 The ‘Raanjhanaa’ director has collaborated with Eros International for the film, which has been co-produced by Color Yellow Productions.

“We are happy to announce that Tanu Weds Manu Returns will hit theatre screens June 12th this year. We are confident that the sequel will be just as memorable and entertaining,” producer Krishika Lulla said.

“It is wonderful to be collaborating with Eros yet again on Tanu Weds Manu Returns,” Rai said.

Looks like this will be one film to watch!