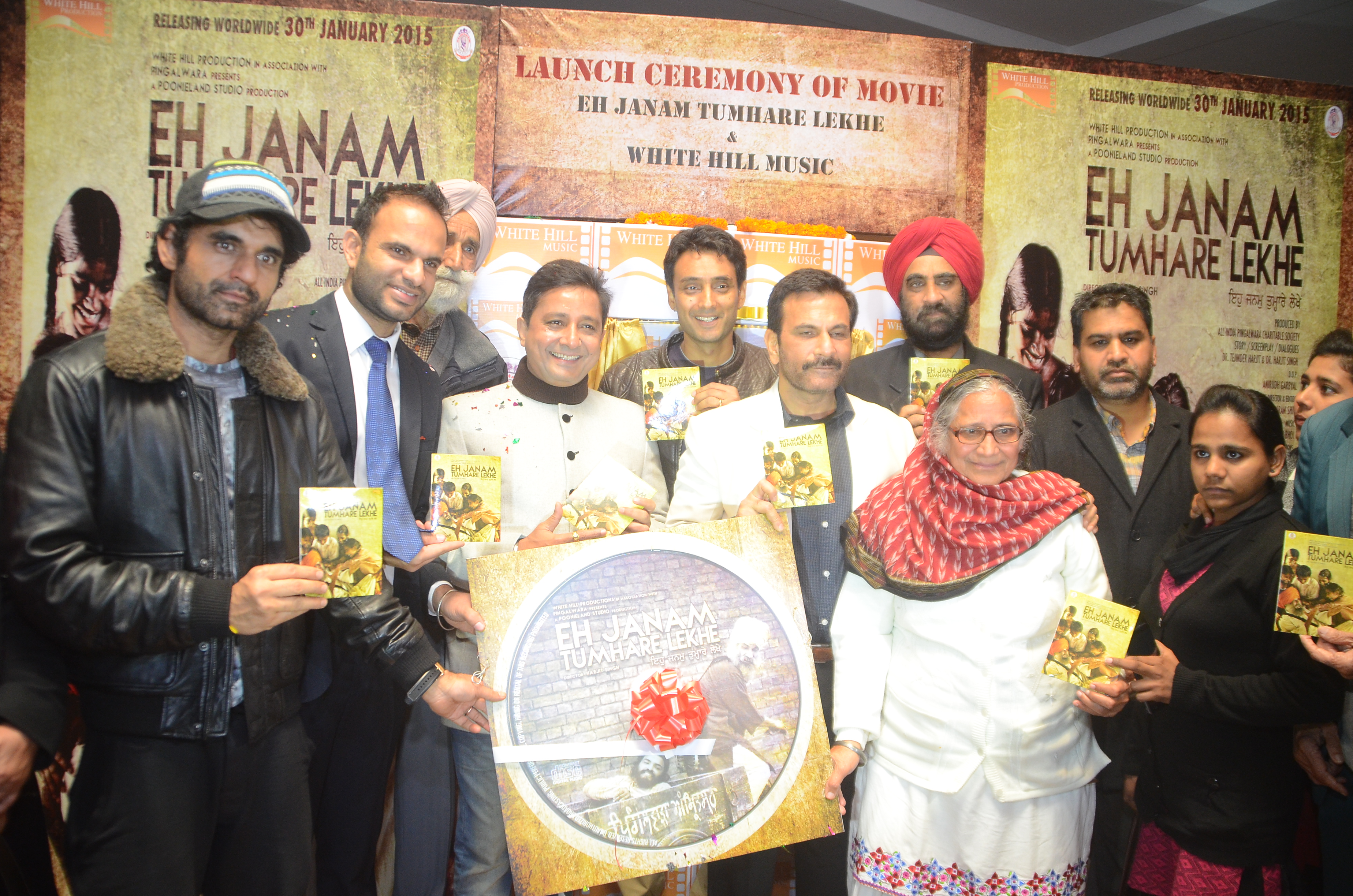 The unveiling was even more special as it also marked the launch of White Hill Music, the music label of renowned Punjabi production house White Hill Productions spearheaded by Gunbir Singh Sidhu and Manmord Sidhu.

“We are really excited to launch our music label as we felt the need to foray into this sphere as well and are sure that music lovers will get a soulful treat with this album, which has nine tracks that are sure to become a rage,”

informed Sidhu, also the distributor of this film.

President of the Pinglewada Charitable Trust, Bibi Inderjit Kaur was also present at the music launch. The album begins with a religious track ‘Aarti’ in which singer Sukhwinder Singh makes everyone sway to his melodious voice. ‘Lori’ by singer Harshdeep Kaur is another slow but harmonious song that will surely appeal to the listeners. Manno Mano lends his voice to ‘Mil Mere Pritam’ while ‘Main Prem Na Chaakhya’ has been crooned by Javed Ali.

Both this slow tracks are a soulful delight. ‘Baata’ by Vicky Bhoi and ‘Kanna Mana Kurr’ by Zorawar Singh and Gurmoh have great lyrics. Title track of the movie ‘Eh Janam Tumhare Lekhe’ by Javed Ali is a religious song that connects one to the almighty. Palak Muchhal has sung ‘Saada Rabb’ and ‘Sun Ve Poorna’ by Diljit Dosanjh are also a good listen. The rich music score soaked in traditional Punjabi sounds, Shabads, songs and the culturally rich rhythms emanate fresh waves of sound that the listeners will savor with delight.

Talking about the movie, director Harjit Singh says, “Based on the life of Bhagat Puran Singh who committed his life to serving humanity and preserving the environment, ‘Eh Janam Tukhare Lekhe’ is an important chapter in the history of post – partition Punjab. A varied approach to meaningful events would carry great appeal and emotionally connect with the audience. The tireless research makes it a very authentic and genuine attempt.”

The film is sure to draw the crowds for its honesty, sincerity, brilliant performances, music and a story everyone will relate with.

The film releases on January 30th.