It’s no surprise that the guru for Bollywood Dancing can bring color to any event! Guru of Dance, Shiamak Davar who is a close associate of Canada enthralled audiences at the Invest in Canada Dinner Reception in Ahmedabad to meet the Canadian delegation to Vibrant Gujarat 2015. Shiamak’s association with Canada includes a number of shows including the IIFA Awards, the TOIFA Awards, and film shoots including Taal.

His Dance Academy has been running successfully in Toronto and Vancouver for almost a decade. Consul General of Canada in Mumbai, Mr. Richard Bale called Shiamak ‘an unofficial ambassador’ for ‘building cultural understanding across the border.’ In 2014, Shiamak was honored with the Medallion and Citation by the Governor General of Canada. 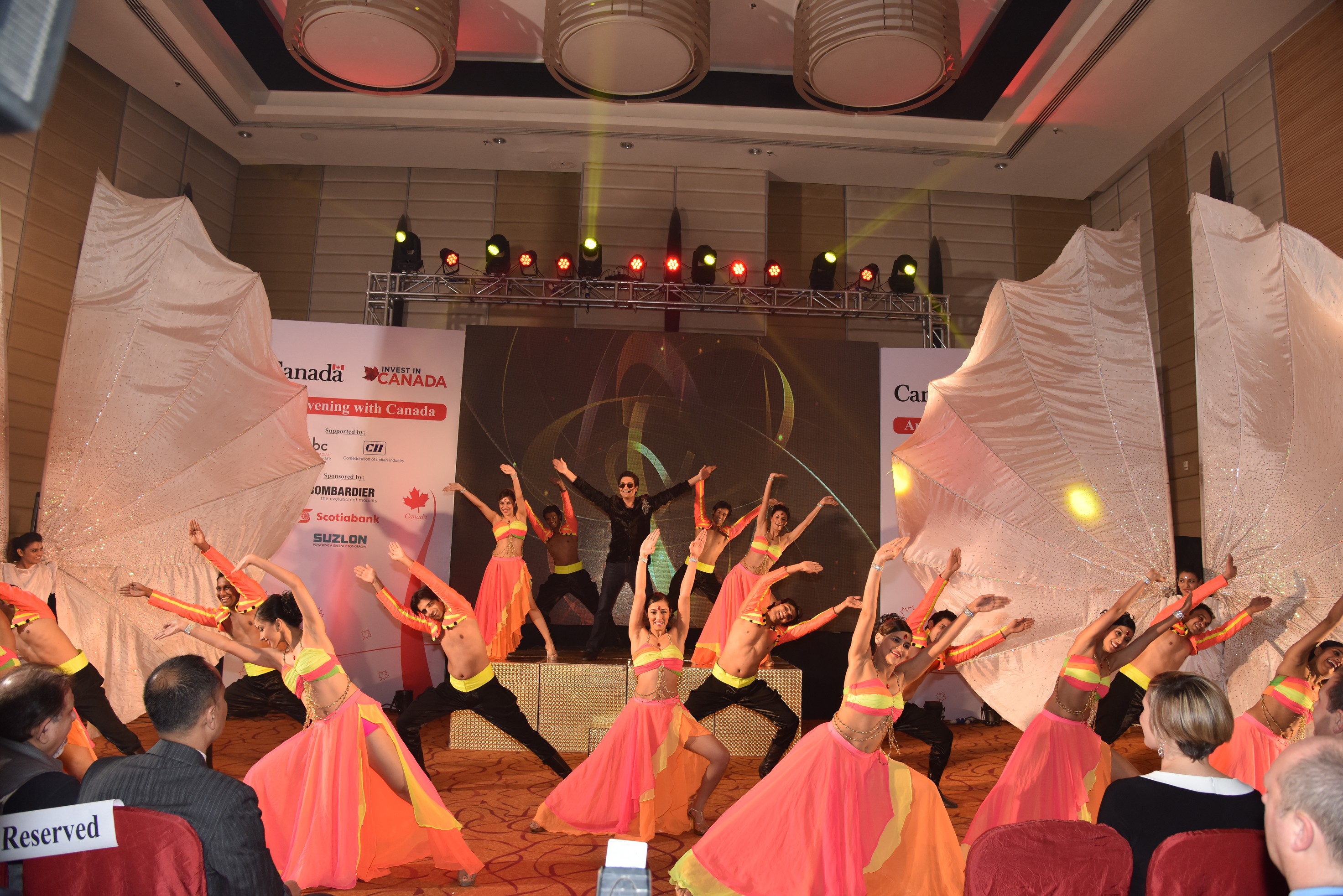 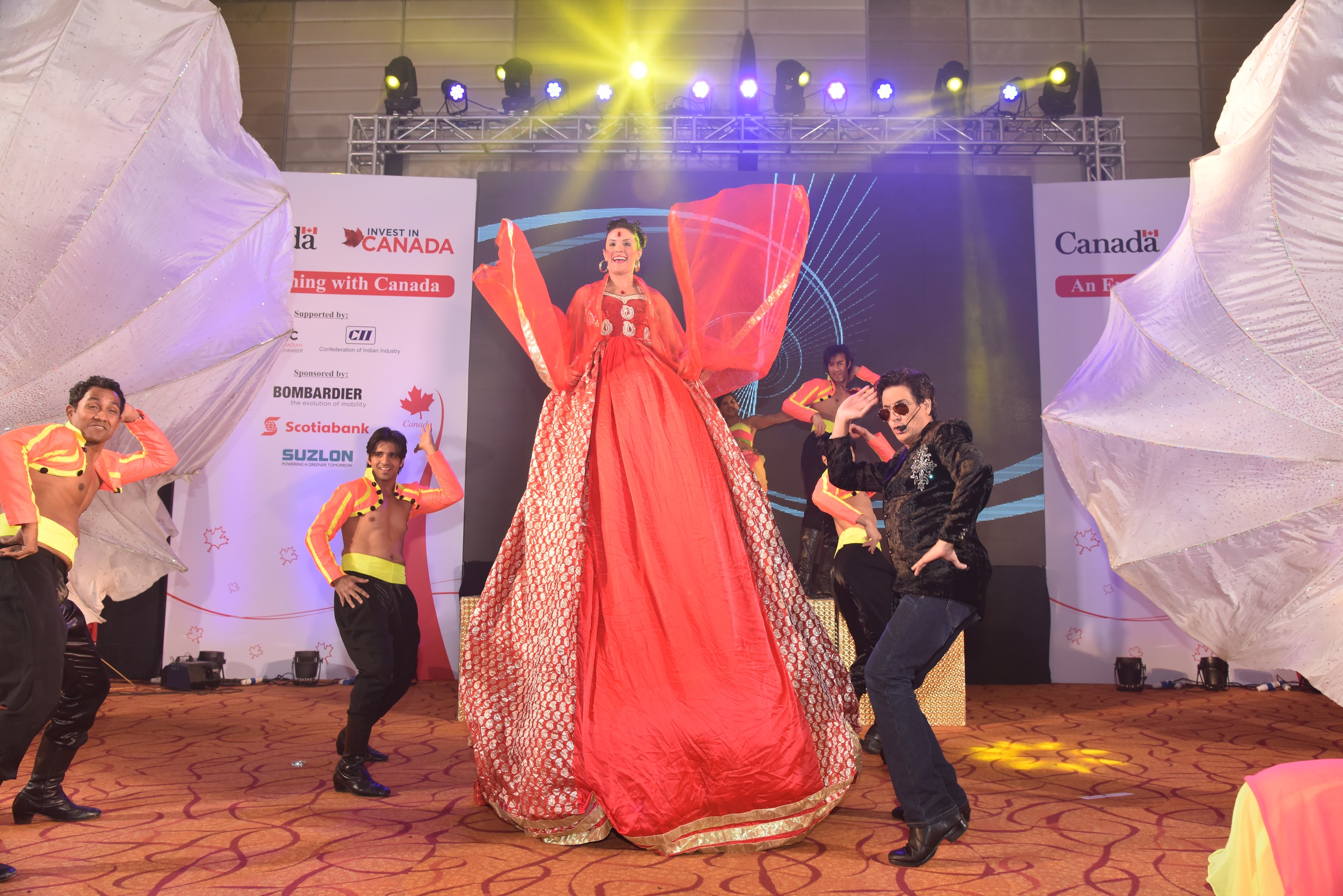 The audience was welcomed by a tradition Aarti by The Shiamak Davar Dance Company after which the entertainment icon converted the banquet hall into a magnificent stage and sang Canadian singer Celine Dion’s popular hit, I’m Alive. Shiamak got the audience grooving to the biggest Bollywood hits but the highlight of the evening was when Shiamak got the dignitaries to wear a lungi and took an impromptu dance class and taught them the lungi dance!

‘It’s always a pleasure to perform for Canada and the audience was amazing. Even though there wasn’t a stage, I was still willing to perform for all my Canadian friends!’ said Shiamak.

For someone who has performed at the biggest stages globally, the world really is his stage!