Debutant Sapna Pabbi says filmmaker Mahesh Bhatt was often present on the sets of ‘Khamoshiyan’ and would sometimes scold her to get a better performance out of her in the supernatural-erotica.

“Bhatt saab and me had our on-and-off days. We bonded well but he used to scold me to get a better performance out of me. I think he was initially not sure that I will be able to pull off such a complex role,” Sapna told PTI.

“I played a 19-year-old on ’24′ but my character in ‘Khamoshiyan’ was very different and difficult. So, I could understand their dilemma. My director along with Bhatt saab moulded me into Meera. Bhattji was always present on the set,” Sapna said. 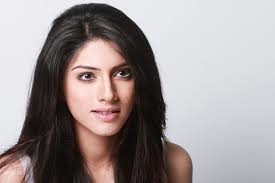 The actress, however, is elated to be a Bhatt camp heroine.

“It feels great to be a Bhatt heroine. I couldn’t have asked for anything better as a start. Every film of Bhatts is a hit. They put faith in me. It is a lovely and confident feeling,” she said.

Sapna plays the role of Meera, a woman with a dark past.

“Meera was a very complex and confusing character. She is running from something in her life. She has had a very dark past which has given her a mysterious persona. It was not easy playing Meera as I needed to understand it properly.”

The actress said the transition from TV to Bollywood has been fast and at time she feels unprepared.

Sapna first shot for ‘Satra Ko Shaadi Hai’, produced by John Abraham’s J A Entertainment, but as it is yet to release, ‘Khamoshiyan’ becomes her debut movie.

“I signed my first film ‘Satra Ko Shaadi Hai’ four months after ’24′. I was leaving for its shoot when I got a call for ‘Khamoshiyan’. It all happened within five months. The transition has been really fast. I feel unprepared at times. It is as if I have been thrown at the deep end,” she said.

The actress would love to be a part of the sequel to ’24′.