After starring in three-back to back films in 2013, Arjun Rampal says taking a break for more than a year was much-needed for him. 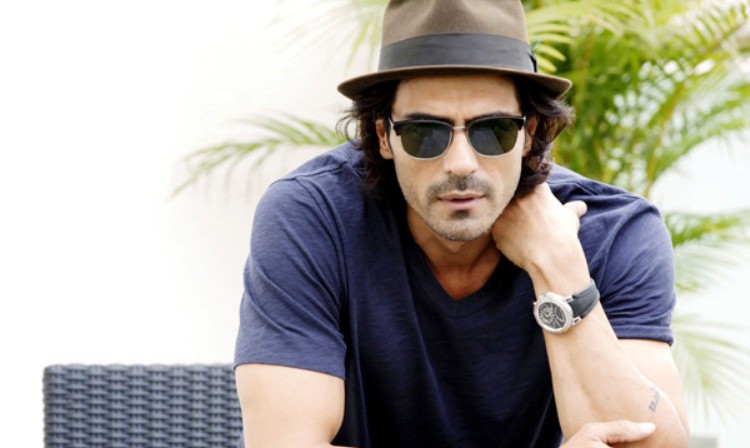 Arjun, who will be next seen in ‘Roy’ post his no show last year, appeared in Prakash Jha’s political drama ‘Satyagraha’ besides ‘Inkaar’ and spy thriller ‘D-Day’.

“I took a break consciously because I was exhausted. I just wanted to read and not think about movies. I wanted to spend time with me and my family. And in between the script of ‘Roy’ was also developing,” Arjun told PTI.

In the upcoming Ranbir Kapoor-Jacqueline Fernandez starrer film, Arjun is playing a director, who is undergoing OCD (Obsessive–compulsive disorder), and has the fetish of collecting hats.

“I have patiently waited for this film. As I have seen the final result, I can proudly say Vikramjit Singh (director) has done a splendid job as a debutant director. “When he first came with the script it was like a novel to me but then we developed it further. Film starts with me who is a successful director and has made a franchise of a film tiled ‘Gun’. And now he wants to make ‘Gun 3′,” he added.

The 42-year-old model-actor said hat is the trademark of his character in ‘Roy’ that is hitting theatres on February 13, a day ahead of Valentine’s Day.

“I have seen a hat two years back in New York in a vintage shop and loved it. I thought of using the same one in the film. I also founded a pair of glasses and these two things kind of stayed with Kabir till the end of the film,” he said.

‘Roy’ has been shot extensively in Malaysia and the ‘Ra.One’ star said the foreign locations acted as characters in the film.

“The locations of the film are very important as they are like a character itself. In Malaysia, we have shot. We covered both small towns and beaches,” Arjun said.