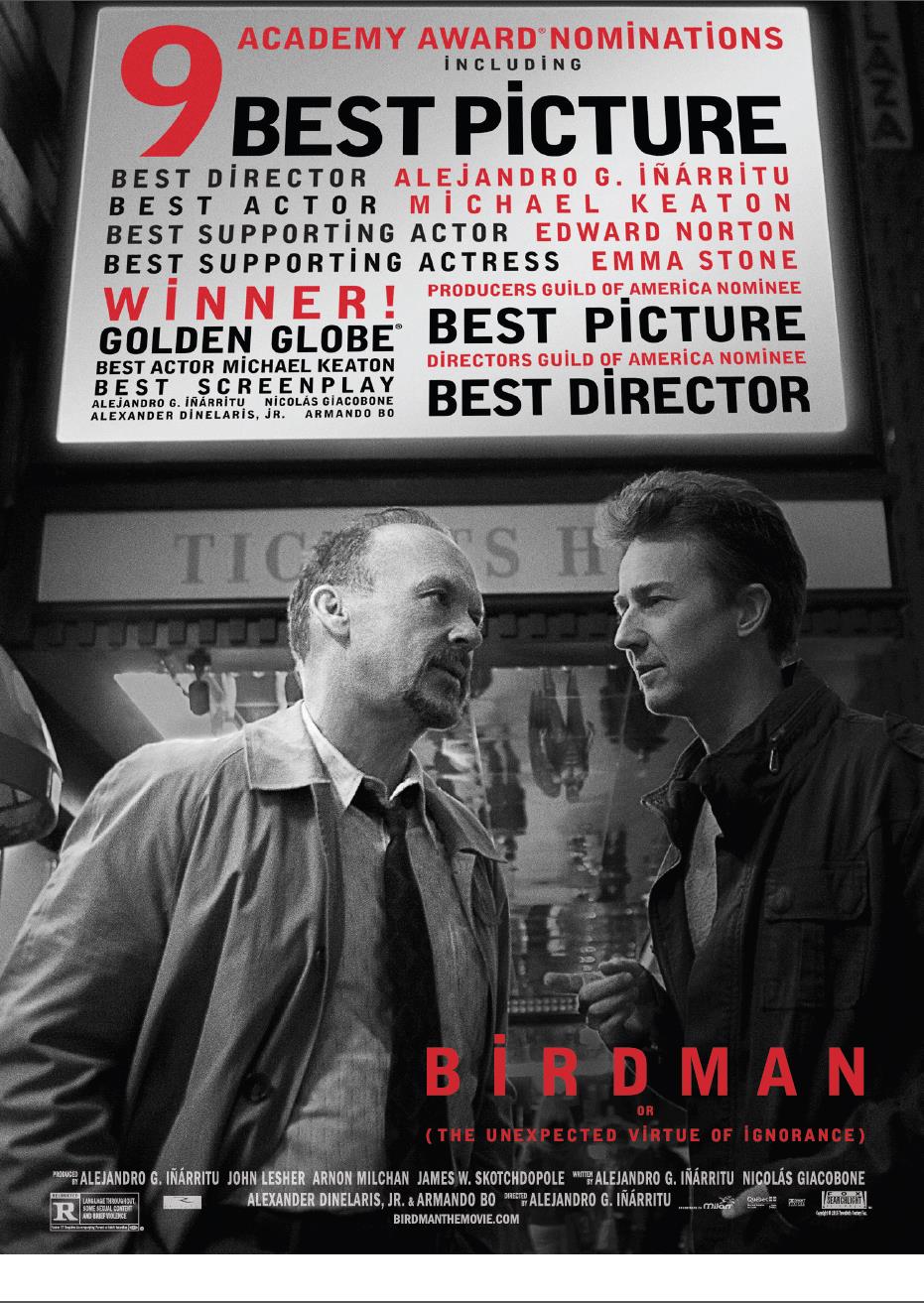 There the two top-nominated films: “Birdman” and “The Grand Budapest Hotel,” boast of 9 nominations each along with two more nominations for “Wild,” and miscellaneous nominations for X Men Days Of Future Past and Dawn Of Planet Of The Apes (Best Visual Effects), How To Train Your Dragon 2 (Best Animated Feature), Gone Girl (Actress In A Leading role)

Birdman or (The Unexpected Virtue of Ignorance)

Best Animated Feature : “How to Train Your Dragon 2”

Best Visual Effects : “Dawn of the Planet of the Apes”

Fox International sets a new industry record for box office in a calendar year by grossing more than $3.7 billion in 2014. That eclipses the prior industry record set by Paramount ($3.21B) in 2011 by over $500m GBO.

India also saw Fox Star Studios setting a new record with 10 Hollywood hits in 2014, including X Men: Days of Future Past, Dawn of the Planet of the Apes, How to Train your Dragon 2, Exodus, Rio 2, Gone Girl, Penguins of Madagascar, The Fault in our stars, Maze Runner & Night at the Museum 3.

Fox Star Studios managed to generate about 3 times box office over the previous calendar year, and retained its No.1 position for the 3rd time in the past 6 years in Hollywood. Fox Star Studios have had a great run in India, with the biggest Hollywood grossers of all time Avatar (No.1 with Rs. 144 Crores GBO) & Life of Pi (No. 2 with 95 Crores GBO), and various other blockbuster franchises including  X Men films & Ice Age films.