Like the 12 Days of Christmas, the 12 months of 2014 brought you 12 unforgettable on screen pairs. Taking away your pain, these marvelous on screen couples have successful created a magical world of romance for their audiences in the comfort of their very homes. Check out UrbanAsian’s top 12 picks of 2014. 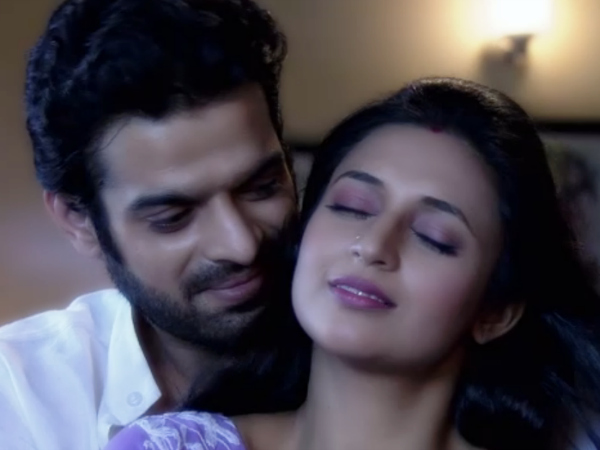 Yeh Hai Mohabbatein’s Raman and Ishita became this year’s most sought after on screen couple. The story of a child-like Tamilian dentist and a hot headed Punjabi CEO made for the perfect tale of mismatched lovers. Together, actors Karan Patel (Raman) and Dviyanka Tripathi (Ishita) managed to clean sweep every award show with their brilliant on screen chemistry. As a result of their rising fandom and the gripping storyline of the show, Yeh Hai Mohabbatein remains a consistent chart topper.

Rockstar Abhimanyu – Abhi for short – and the sweet and simple chawl girl Pragya made a mark with their epic performance in Zee TV’s Kumkum Bhagya. The forced marriage of Abhi and Pragya and the blind faith the two have in one another is the highlight of the show. The show marks the comeback of Shabbir Ahluwalia who is most noted for his portrayal of Rishi Garewal in Kahiin Toh Hoga. 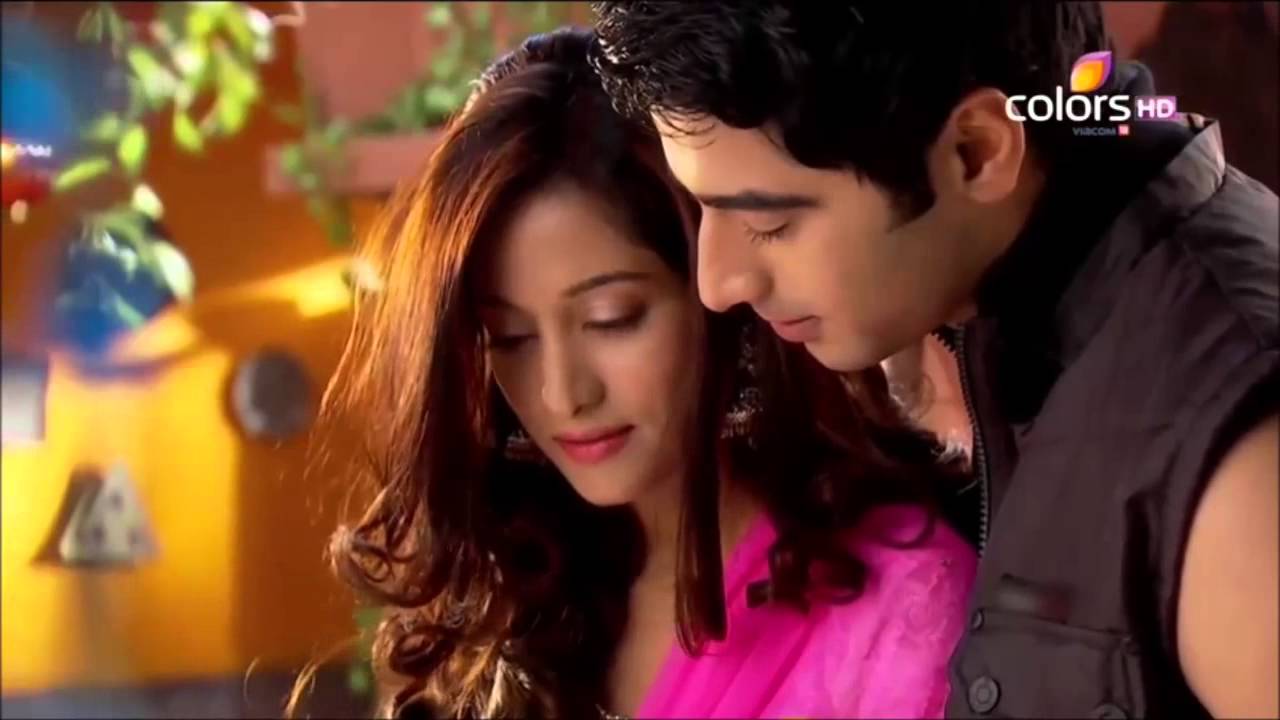 Television debutantes Harshad Arora (Zain) and Preetika Rao (Aaliya) created a buzz with the youth based romantic saga Beintehaa. The story of two cousins turned husband and wife struck accord with the modern day audiences. Despite the short lived nature of the show, Aaliya and Zain became one of the most loved on screen couples of 2014.

The anger, the frustration, the denial and finally the love – all this and much more blends together to present you with an epic love story. Aahil (Karanvir Bohra) and Sanam (Surbhi Jyoti) meet under some not to pleasant circumstances. Sanam, forced into slavery by Aahil grows fond of him after spending time with the cruel and unusual. Thereafter, Aahil slowly begins to reform, making him the man he is today. 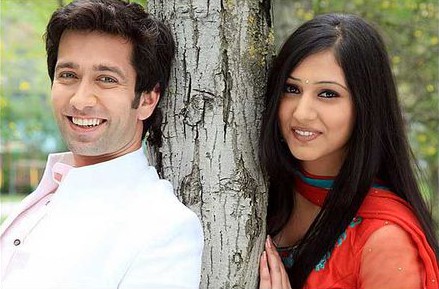 If one were to describe the perfect journey from friendship to love, the person would indeed be narrating the tale of Aditya (Nakuul Mehta) and Pankhuri (Disha Parmar). These friends turned lovers faced unthinkable obstacles including a separation by death (presummed death) until they finally united for good. Their chapter may have ended but their story lives on in the hearts and minds of their fans even today.

Harshad Chopda’s comeback opposite Shivya Pathania was the topic of conversation in 2014. The most anticipated show of the season, Humsafars went on to break the barriers of marriage, commitment, love and everything in between. While Sahir and Aarzoo are still sorting out their lives, their fans are enjoying every moment of the steamy, unspoken romance between the two. 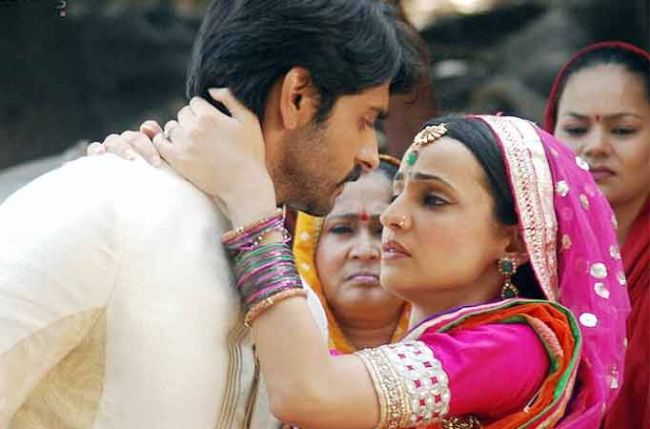 The classic tale of ‘Beauty and the Beast‘, Rangrasiya gave rise to two iconic characters. Ashish Sharma (Rudra) and Sanaya Irani’s (Paro) soaring popularity made Rangrasiya the hit of the year. Their on screen pair largely overpowered social media sites and forums while the show was on air.

Star Plus’ short-lived yet impactful revenge drama Ek Hasina Thi presented its audiences with yet another on screen power couple. While initially audiences speculated that Durga (Sanjeeda Sheikh) would be successful in reforming Shaurya (Vatsal Sheth), Dev’s (Bhuvnesh Mann) entry into the show brought for a whole other dimension which fans enjoyed to the very last shot. The love, the sacrifice, the anger and the anticipation made Dev and Durga’s story truly one to remember. 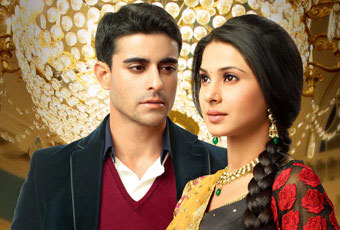 Saras (Gautam Rode) and Kumud (Jennifer Winget) of Star Plus’ novel based show Saraswatichandra carved a place in the hearts of audiences almost instantly. Although the tragic saga was twisted by to befit the love craving audiences of the time, the grace and age old romance of the classic novel.

Ekta Kapoor’s newest venture Meri Aashiqui Tumse Hi explored a whole other dimension of selfless love. Ranveer (Shakti Arora) has been in love with his best friend Ishaani (Radhika Madan) for as long as he could remember. As the couple go from friendship, to hate to love, they experience all the emotions which makes us human. No wonder they are so easily relate-able! 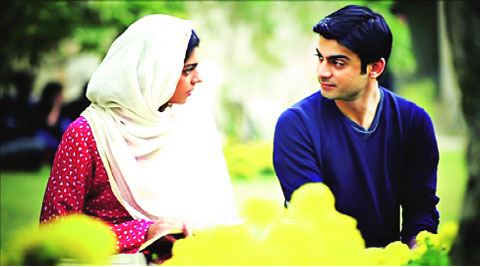 Although Zaroon and Kashaf were conceptualized a year ago in Pakistan, the couple was welcomed with open arms by the Indian audiences earlier this year. As one of the most loved Pakistani actors in India, Fawad Khan and Sanam Saeed created waves with their flawless acting. The clean cut, no drama love story of Zaroon and Kashaf gave Indian audiences a much needed break from the saas-bahu dailies which live on for years.

Life OK’s year long mystery Ek Boond Ishq introduced the magnanimous pairing of two very strong individuals. Tara (Chhavi Pandey) and Mrityunjay (Viraf Phiroz Patel) fight the odds, fight themselves and their emotions for the betterment of their loved ones. In the end it is their love for others which becomes the binding factor for their love story.

Who among these are your favorites?