Following the release of Mind Games with Nav Sidhu earlier this year, “The King of the New Generation” The Dark MC is in full swing to end the year of 2014 with a bang. 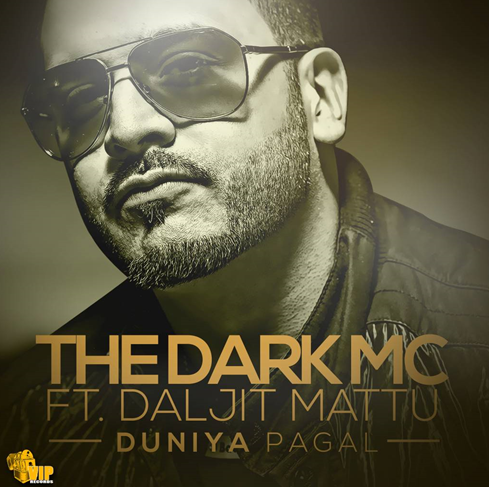 After his recent production on Meshi’s second single “Piche Piche” alongside Angel,The Dark MC is set to release his explosive new single titled “Duniya Pagal” which is featuring the powerful vocals of Daljit Mattu and was written by none other than the ANON teams very own talented Balkar Laltonwala,The Dark MC is known for his flawless sounds of heavy baselines and dynamic penetrating synths,all these elements are trademarks that are fused into “Duniya Pagal” giving it the Dark MC vibe.

When asked about the concept of his track, Dark MC stated,

“The concept to the track is very different to any other track that has been released by myself so far, this track has a true meaning which others can relate to. As an artist you should be able to be versatile in the music you produce and the type of tracks you make and that’s exactly what my team and myself are about. I’m really excited for the release of my new single “Duniya Pagal”, I just want to give a shout out to Balkar Laltonwala who does an excellent job each and every time for our team, He is a very talented writer. This ones an explosive high tempo track and Daljit Mattu was the perfect vocalist for this one. It’s another Dark MC production madness!”