She has played the coy girl from Banaras in ‘Ranjhanaa’ and the suave young ‘Aisha’. Now you will see the gorgeous Sonam Kapoor play a con girl for the 1st time  in ‘Dolly Ki Doli’. An impressive con girl in reel life for Dolly Ki Doli,  we hear that Sonam Kapoor turned  con girl for Real on the sets of her film. 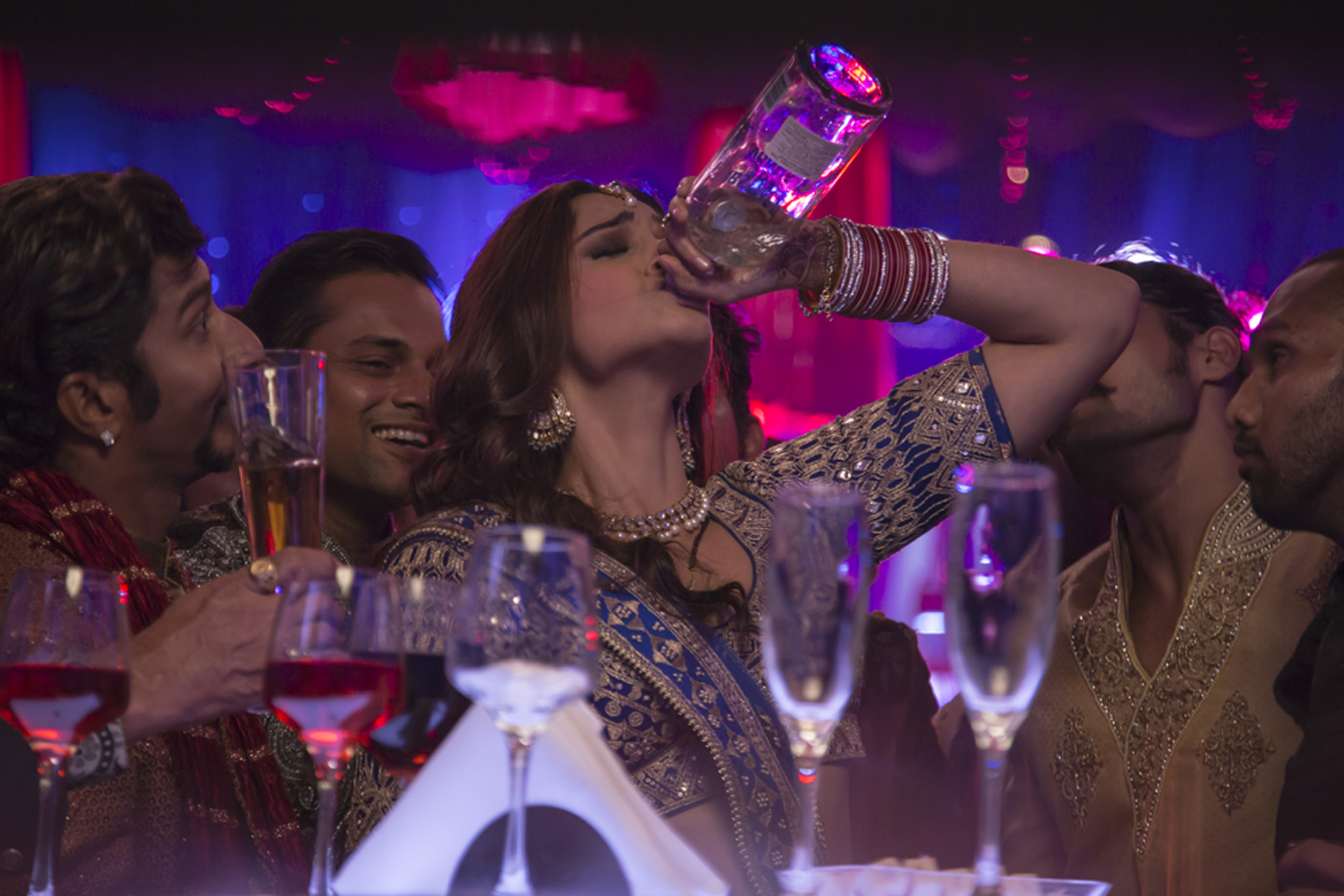 Well, we hear is that Sonam while shooting for the song ‘Phatte Tak Nachna’ had to drink alcohol for a particular sequence and that’s when the actress decided to do something unusual.

‘Only Sonam and one AD knew that the alcohol bottle had water and not liquor. So after 4-5 retakes, Sonam pretended that she was drunk because of the liquor. When we all learnt this we were quite tensed as to how will she shoot and we had the location where we were shooting only for few hours so got worried if the shoot will get delayed. But later when Sonam saw this tensed situation she burst out laughing and informed that she was just pretending and thats when we all sighed a relief.’

“Yes, Sonam had got all of us tensed for a while. But when we learnt that it was just a prank we all started laughing because we realized that she behaved so true to her films character and conned us all as well.”

Someone did ‘act’ real smart on the set! Gotta have a little fun while shooting a film right? Well, we must say Sonam was having quite a lot of fun on the sets.