The Debut Single “Nama Saal” by Junior Jassal feat Ashok Gill is officially available worldwide on all leading digital outlets. (Download now from iTunes!)  Although the video won’t release until later, the track is online and ready to be heard by the world!  Released on Jassal Records, the track is written by his father – the legendary late Dev Raj Jassal, who was responsible for some of the worlds greatest bhangra hits including Khao Piyo Ash Karo, Pau Bhangra and much more.

As the song name suggests, it was created to celebrate the festivities of the new year! This is the first of multiple tracks and projects that Junior Jassal has lined up.  The follow up single is already in place and will be released early 2015.

Junior Jassal had the following to say regarding his debut release, “I’m going to keep my Dad’s name going! My Dad made many super hit tracks and anthems for some of the biggest bhangra stars around.T here was so much more he had to give and so much more that people have not heard. I’m here to make sure you do…”  It is endearing to know that Junior Jassal is hoping to keep his father’s love of music alive for generations to come! 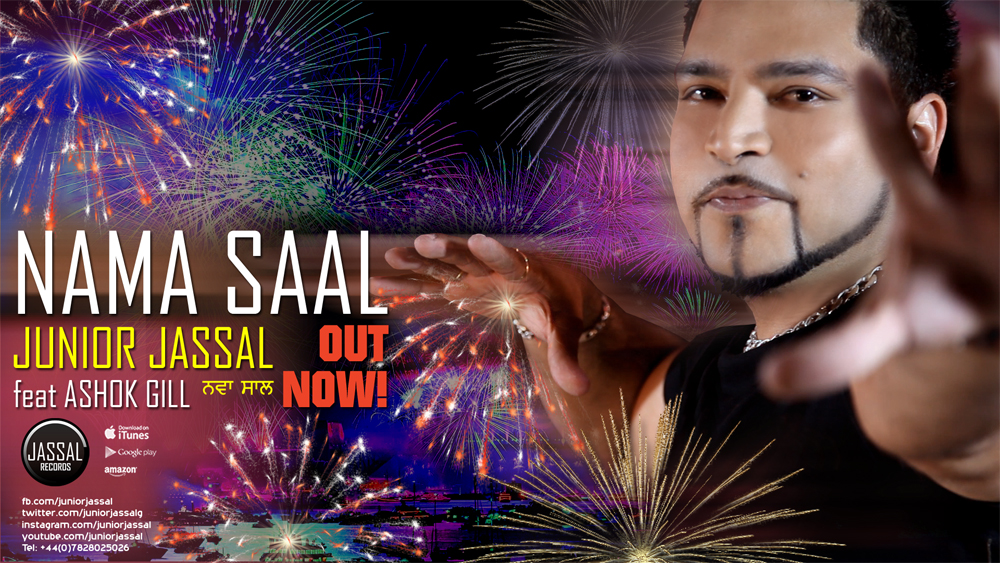