Pritam Chakraborty,  best known for belting out a constant string of superhit music in the last decade, has  off-late been taking time out for his first love  –  concerts and stage shows. Though he used to have his own band and would often do stage shows and concerts in his early days, the increasing load of films took its own toll and Pritam couldn’t do the shows due to paucity of time. 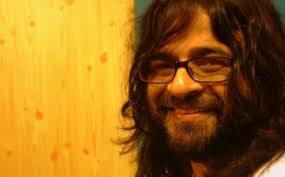 But a year spent taking holiday and streamlining work (Pritam took a sabbatical for a year, from November last year to October this year) Pritam has actively pursued more shows and the tremendous response from the shows has given him the confidence to experiment with his music.

The concerts help Pritam to connect with his fans directly, who love his music but don’t get the opportunity to connect with the elusive musician. During the stage shows the most requested songs are “Kabira” from Yeh Jawani Hai Deewani, Subha Hone Na De, Badtameez dil, and his songs from Life in a Metro. Exhilarated from the experience, Pritam quipped,

“The high of interacting with your fans directly cannot be compared to  composing music in the studios.  It’s the thrill of knowing that music one created has become part of someone’s life and given them so much joy. I am really happy to be back on stage so often. And it’s only when I returned to doing stage shows I realized how much I had missed them.”

Whether Pritam is performing or creating music in the studio, we just don’t want it to stop! Keep it locked on Urban Asian for more updates on this talented legend.