In today’s world of the South Asian community one would ask how we could identify ourselves and maybe just a few of us would be able to answer that question and many wouldn’t be able to answer it as there are many answers. A new podcast show is about to launch and it will answer those questions that many of us are still asking.  A podcast which is hosted by comedian Akaash Singh and actor Arjun Gupta, called  Indian, American podcast explores what it means to be South Asian in today’s America.

They will investigate who we are as a community today, and the issues we will face tomorrow through engaging interviews and compelling discussion. Akaash and Arjun serve as guides on what will be an inevitably messy but fulfilling journey of discovering who they are and, through that, who we are. 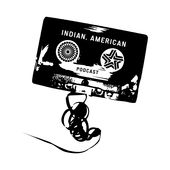 The hosts are not just any ordinary people, but South Asian individuals who are actors and professionals that are making a living in the South Asian society. Arjun Gupta is an actor who has appeared on Stage, Film, and TV. He was most recently in a film with Al Pacino called Stand Up Guys and also has been recurring on the hit ABC show How to Get Away with Murder. He is currently shooting a pilot for Syfy called The Magicians and can be seen in the upcoming horror flick, The Diabolical starring opposite Ali Larter.
Akaash Singh is a comedian who has been performing live and around the country for upwards of a decade. He hails from Dallas and is a proud Indian man who was most recently on HBO’s critically acclaimed The Leftovers and was a hit on MTV’s Wild ‘N’ Out. He is currently filming numerous sketch shows and also recurring on the upcoming season of Guy Code.

So the question is now who are we as South Asians and how can we define ourselves? Find out in the upcoming new series of ‘Indian,American’. Be sure to download the podcast here and tune in to interviews with individuals as they define who we are in the South Asian Community in America.