Ever since UK-based singer, Navin Kundra, broke onto the music scene, he has been rising straight to the top.  His talent was first discovered and appreciated on Sa Re Ga Ma Pa in Dubai, where he performed for top music maestros like Ghulam Ali, Zakir Hussain, Jagit Singh, O. P. Nayyar and Shaan.  He then went on to win the BBC Asian Network’s Unsung 2005 competition.  Since then, there has been no turning back, and Navin’s star has continue to rise and shine brightly with successful singles and appearances around the world.  Over the past two years, especially, his talent has been noticed by a more mainstream UK audience.  In fact, on October 2013, Navin became the first British Asian singer to be invited to St James’ Palace to perform for the royal family – Prince Charles a.k.a. the Prince of Wales and his wife, Camilla, Duchess of Cornwall – along with other distinguished guests.  His UK domination has continued into this year where he performed at two extremely prestigious venues.  First, Navin performed on the internationally renown show “Strictly Come Dancing” (the show that “Dancing With the Stars” in the US, and “Jhalak Dikhlaja” in India are based on).  Then, Navin followed it up by being a singer at the British Curry Awards.  I caught up with Navin regarding his thoughts on this busy and successful year!  Read on below for all the details and his the trailer to his new single!

Roopa: First, congratulations on the honor of performing on “Strictly Come Dancing.” What was your reaction when you found out you’d be representing Bollywood and the Indian music industry on the show? Did you feel any pressure? Were you surprised they were going to do a Bollywood segment? Did you get to select the songs that they were performing to?

Navin: Thank you! Singing on Strictly was an incredible experience, I mean, it’s like the biggest show here in the UK at the moment and around 10 million people tuned in to watch that episode! I’m very proud to be able to represent my culture and the industry on such a huge platform. Of course, with the show being broadcast live, there was a lot of pressure, particularly as one of the songs was “1234” from Chennai Express, which includes a Tamil rap! I’ve never sung in Tamil before, so it was really cool to discover and learn that beautiful language. Singing an A.R. Rahman composition on national TV was fantastic and whilst I didn’t get to choose the songs, I think they picked the right ones for the show. 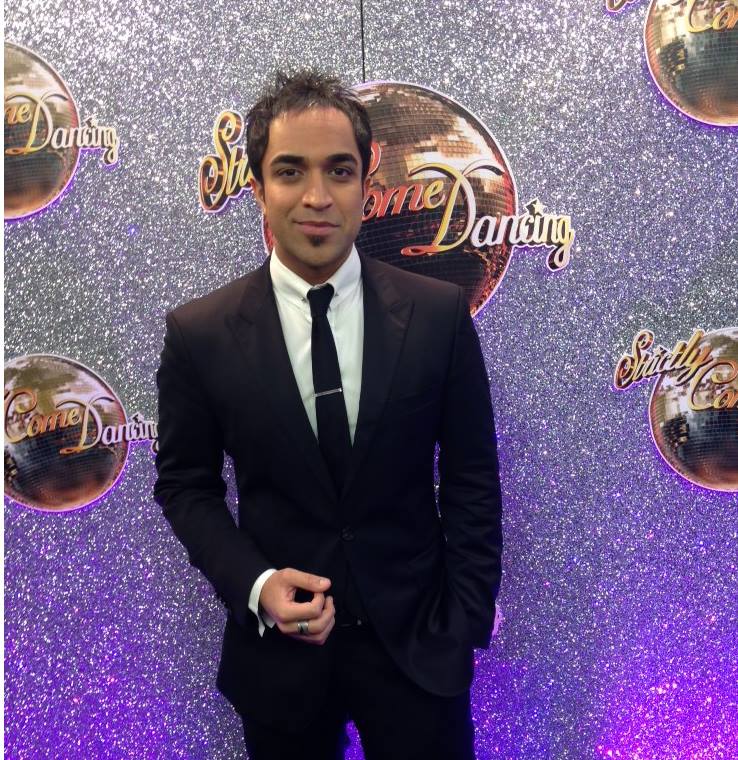 Roopa: I read that the Strictly professional dancers hadn’t ever done a Bollywood number before or danced that style before. Did you give them any dance tips (your moves in “Jee Le” have not gone unnoticed!), and did you feel they found their inner desi in the performance?

Navin: That’s right, this was the first time Bollywood has been on Strictly, so they did a phenomenal job! As for giving them tips…are you kidding me??? That would be Dangerous! (shameless plug) Those dancers are amongst the best in the world, so I knew they would nail it!  Plus, they had support from the Bolly Flex dance group. I did get to hang out with all the dancers though and they said they loved dancing Bollywood – it’s fast, energetic and vibrant – that’s why it stands out. You can see photos from the sets of the Strictly shoot on my Facebook Page at www.facebook.com/navinfanpage

Roopa: What was your favorite thing about getting to sing on such an international mainstream platform?

Navin: I’ve got to do some really cool stuff in my career, from singing for the Royal Family to breaking a Guinness World, but I’ve never been on prime-time national television before so it was an unforgettable experience and a real milestone. I’d also like to add that the support I got from everyone was absolutely incredible and I’m really grateful to everyone that sent me messages, from fans to artists and the media. 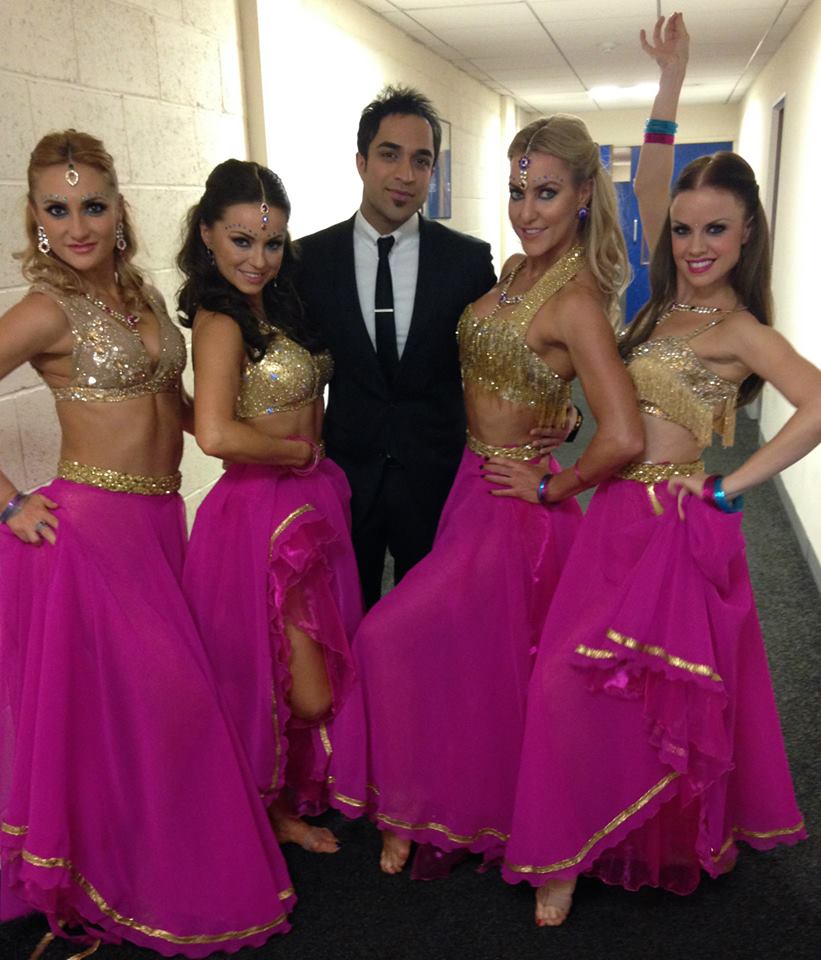 Roopa: If you were offered to be on the show as a contestant, would you take them up on it (*hint hint* to the Strictly casting directors!)? What dance style do you wish you’d get to showcase?

Navin: Of course! I love to dance, though I don’t actually think I’m much good at it, but I would love to learn. I’ve been learning Salsa for a while now and I would love to get into Argentine Tango – sensual. Obviously, the desi in me would have to come out at some point, so a fusion of Bollywood and Bhangra is just inevitable!

Roopa: These days, you have become the hottest thing in the UK, since beans on toast! Even all the British dignitaries and royalty are falling in love with your music! Besides “Strictly Come Dancing,” you also recently performed on the British Curry Awards, which Prime Minister David Cameron called ‘the Oscars of the curry industry’. Did get to interact with Home Secretary Theresa May, who attended, and did you teach her any Hindi words as you did with Prince Charles?

Navin: Wow thank you! You know, it’s a great feeling to have your work appreciated by different people in all walks of society and I guess I’m very lucky that my music is being enjoyed by new audiences. I’m actually working on something really cool with the BBC right now which you guys will all get to see next week! I didn’t spend much time with Theresa May at the British Curry Awards, but I did sing for the Prime Minister at his Conservative Diwali Party a few weeks ago! He was clapping along whilst I was singing devotional music, i.e. Bhajans! 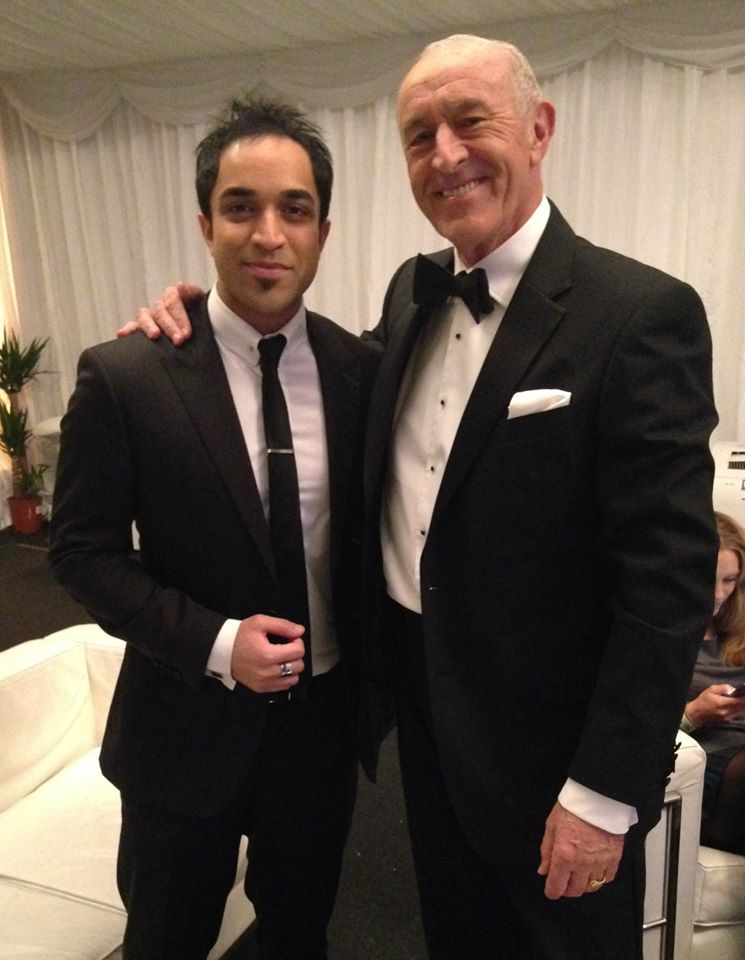 Roopa: I should really start calling you Sir Kundra, as I’m sure a knighting will be in order at the rate you’re going! Any chance we may ever see one of the royals rocking out in one of your videos? Speaking of videos, the trailer to “Dangerous” was released, and it seems to have a very 007-vibe! Are you part of the MI5 and not telling us? Is that why you had met Prince Charles before? And yup, I’m spilling all your secrets this interview!

Navin: Haha! Yeah right! (Laughs) In all honesty, I just love making music and then that music takes me to places I could never even dream of. It would be pretty awesome to get a cameo by the Royals in one of my videos, but I won’t hold out for that! As for the “DANGEROUS” music video, it is unlike anything I’ve ever done before. I didn’t want to make a straightforward club video for this track, so you will just have to wait till it comes out to see what we’ve done with it!

Roopa: Any other message for your fans?

Navin: It’s been amazing meeting and performing for so many of you across the world this year – thank you for all your love and support! The new single “DANGEROUS” is a fresh international urban track for you and I truly hope you will all like it. The track is OUT NOW so please download a legal copy and look out for the music video coming VERY SOON! I love you guys and hope you all have a very Merry Christmas!