Yes, you read that title right! Brett Lee is about to get his Desi swag on as he stars in his first film  UNINDIAN is the first feature of the recently established Australia India Film Fund (AIFF) .The first of its kind in the world, the Australia India Film Fund was established in 2013 to invest in Australian films with Indian themes for a global audience. A romantic comedy with renowned Australian cricketer Brett Lee starring in his first lead role, UNINDIAN also stars actress Tannishtha Chatterjee who gained international acclaim in the celebrated feature Brick Lane. 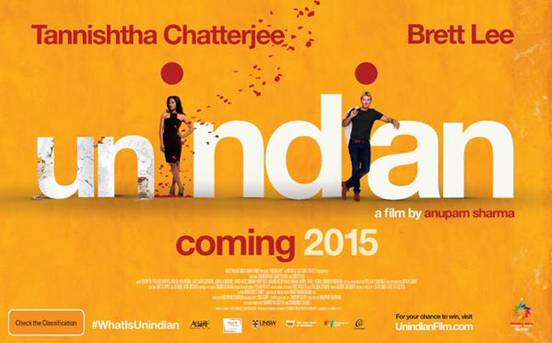 The film is about Meera (Tannishtha), a beautiful Australian women of Indian origin, living in Sydney. Divorced and a single mother, she follows her dreams, instead of that of her parents’. Falling in love with a Australian man Will, for Meera is not only scandalous, it’s UNindian.

This one is going to be an interesting one! Stay tuned for more on ‘UNindian’