The teaser trailer for the upcoming film ‘MSG- The Messenger of God’ has been released to a humongous online reception. The film is said to explore the conflict between the vested interests who feel stung by Saint Gurmeet Ram Rahim Insan’s humanitarian campaigns and his vision for making the world better. The outcome is an unexpectedly fast paced, edge-of-the-seat entertainer since Saint Insan caters creatively to over 50 million followers, predominantly amongst the youth. ‘MSG – The Messenger of God’ is a film with fresh faces playing the different characters in the film and it extends a social message to its audience.

Guruji is an established musician and vocalist who has performed over 100 Rock shows. He has twice been honored by the famed record label Universal Music by a Golden Plaque for his achievement of having sold 10 million plus CD’s of his music. The music and the film, travel across several genres to bring high drama and entertainment without an air of preaching. Guruji is known to promote 104 social causes. 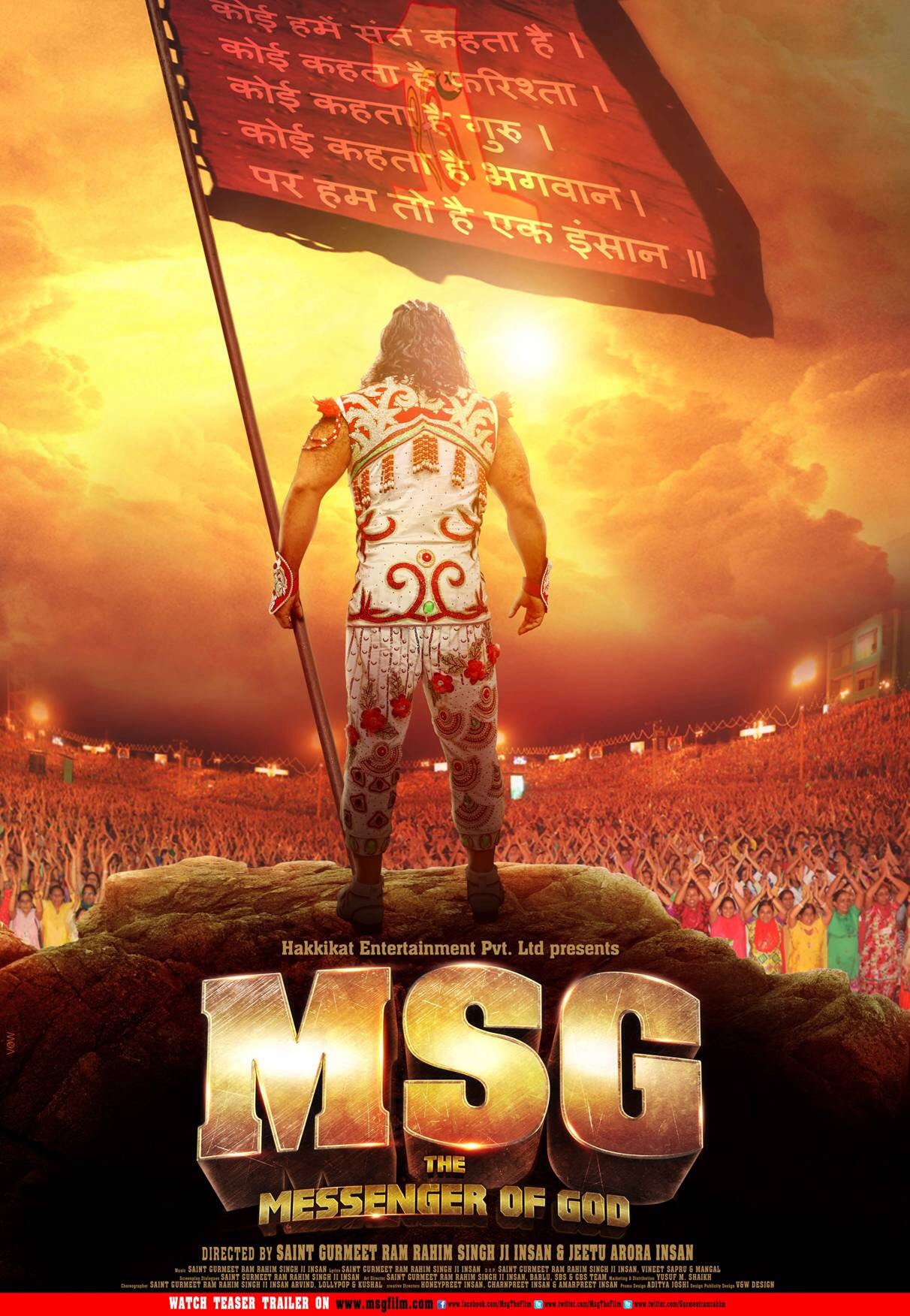 Check out the trailer here!

The movie has been produced by Sony Music Company Pvt. Ltd. Co-directed by Jeetu Arora, the film ‘MSG- The Messenger of God’ is set to release on January 16, 2014.