Neeraj Pandey is known to make realistic films, he has never made any rule book for himself and with a dare devil action hero as Akshay Kumar, BABY is expected to push the limits. We hear Neeraj Pandey took Akshay Kumar and Rana Daggubati all the way to the Abu Dhabi Desert to shoot some grueling and tiresome covert operation in the scorching heat. Neeraj Pandey said,

“This 5 day long shoot was tough, the conditions were difficult but the segment was critical to the film. It was a tough shoot but the job had to be done and both the actors were at top of their game,“ 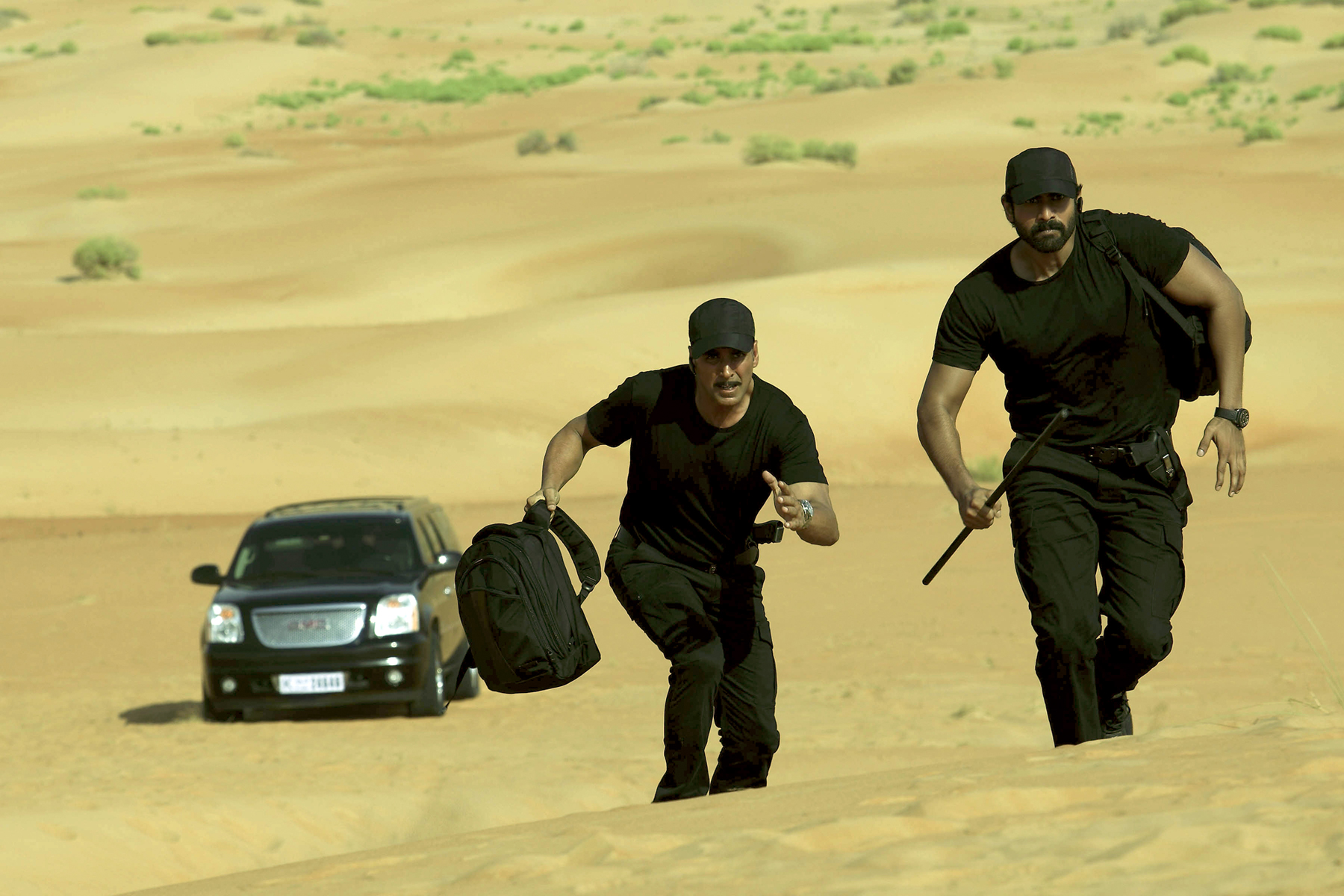 Neeraj was very clear in the beginning that he wanted hard-hitting but subtle action with a touch of realism. Akshay admits that Neeraj has taken action to a different level altogether.

“The role was physically demanding and the action was fast paced and real. It is not fancy or melodramatic because the film is about men on a mission,“ he points out.

Rana too gave a hilarious answer on how the experience shooting in the scorching heat “shooting in the heat was one thing and shooting in the middle of a desert and doing action and wearing all black. Now do.I have to say more?? Producer Bhushan Kumar who is quite elated to back this project said,

“When I saw the final footages, I was amazed to see the action sequences performed in the gruesome heat of Abu Dhabi. The action scenes are fast paced and were shot par excellence in the scorching heat of the desert, the team along with their captain Neeraj have executed some edgy action sequences.”

We can’t wait to see the end result of Baby! Keep it locked on Urban Asian for more updates!