When it comes to cinema, the opening weekend tends to forecast the success or failure of a movie.  For “Action Jackson,” starring Ajay Devgn, Sonakshi Sinha, Yami Gautam and Manasvi Mamgai, the opening weekend generated 33.25 net crore!  The film, directed by Prabhudeva and produced by Eros International and Baba Arts Limited, was made on a budget of 75 crore. 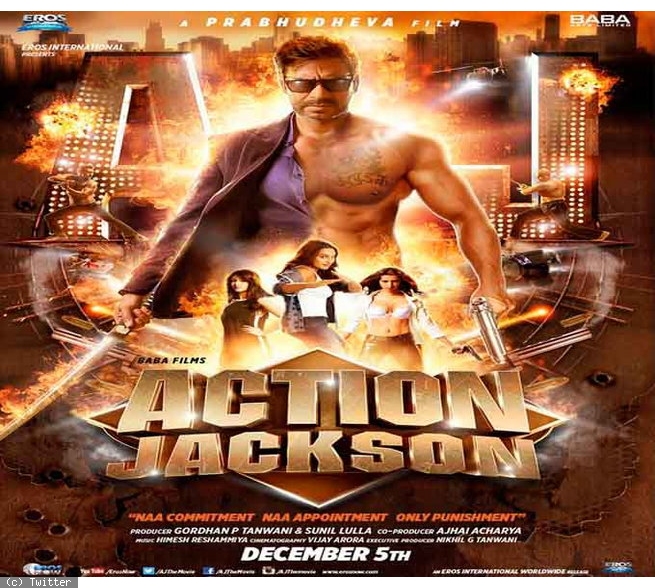 Trade analysts have been busy following the numbers from the movie.  A source broke down the figure as follows:

However, it seems the film is only doing average business overall as it is only a niche audience (fans of Prabhudeva or Ajay’s) that are going to the theaters to see it.  Still, the opening weekend numbers are pretty decent considering that fact.  Have you seen Action Jackson?  What did you think? Let us know!