This weekend saw one of the biggest music events of the music calender, the 12th annual Urban Music Awards. With over 2.5 million public votes received this year, everyone was really looking forward to who went home with the coveted UMA award.  Daytime radio presenter, DJ Neev of Kiss FM, picked up “The Station Of The Year” award at this year’s Urban Music Awards.  The British Asian woman, who is the most listened to ASIAN WOMAN on commercial radio in the UK and Europe, told us the following about her win:  “Kiss FM UK are so proud to be awarded Best Radio Station for a second year in a row. The whole team work tirelessly to make the station sound so good as it does. Now that Kiss Fresh and Kisstory are available 24/7, we truly are covering all aspects and are so pleased to win again”. 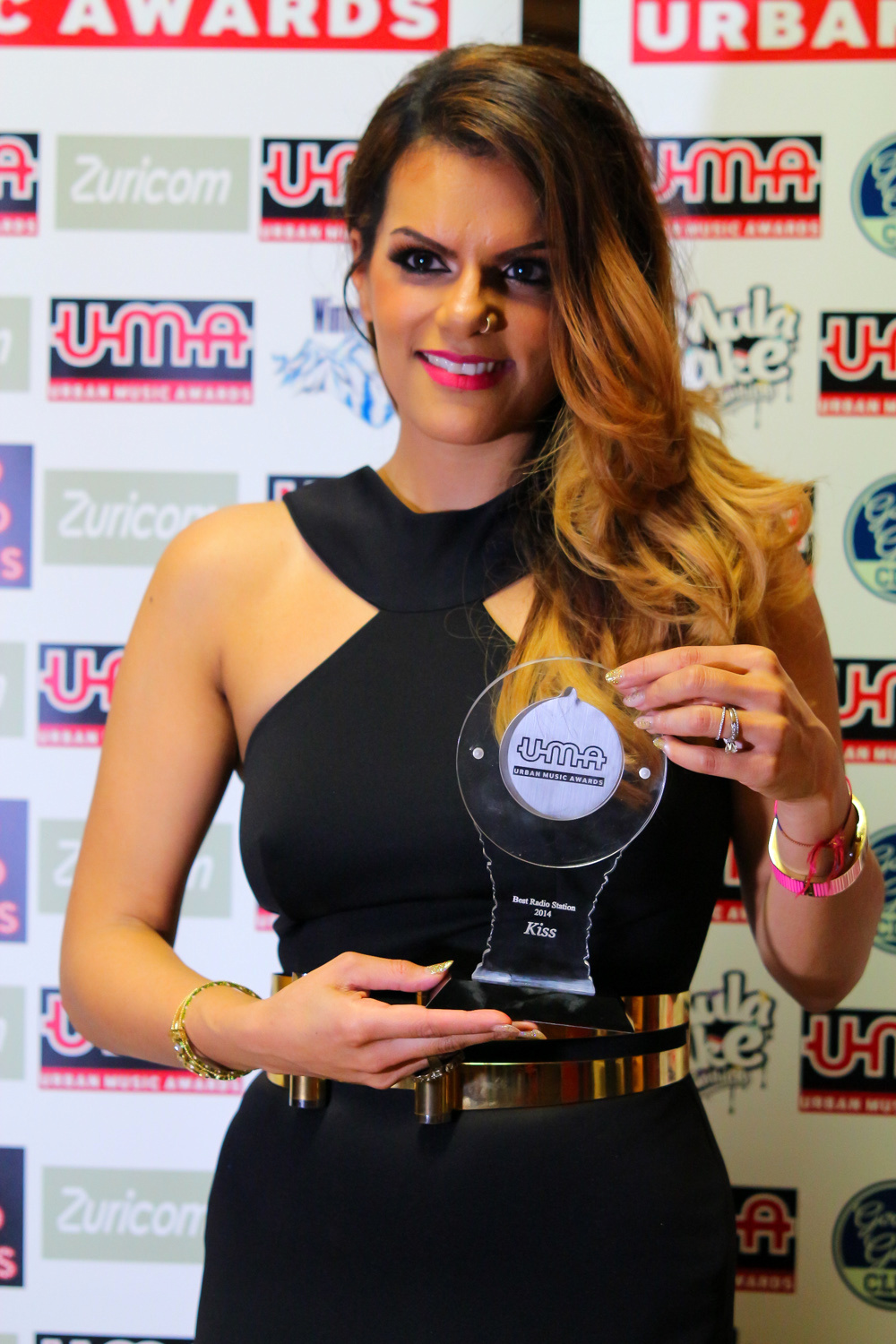 The Mayor of London, Boris Johnson kicked off proceedings with a special message announcing the launch of the UMA Academy , a brand new academy for young people aged 16-20.  He added “The UMA’s is one of the long standing and credible awards shows in London and has pioneered our music and talent across the world and it’s my pleasure to announce the launch of the UMA Academy to help and inspire the next generation of musicians, creatives and entrepreneurs”.

VIP’s including Angela Griffin, Colin Jackson, Paul Chowdry, Ashleigh Coyle, Luck & Neat and many more joined presenters Louise Gookey, Cleopatra Wood, and Jordan Kensington on stage as they announced the winners of this years prestigious #UMA awards. With opening performances from BBC1 The Voice’s, Jermain Jackman and many more the evening was set for what was to be truly spectacular.  Comedian, Aurie Styla, literally brought the house down and Best Newcomer winner, Stephanie McCourt showed why she is certainly one to watch in the future.

Neon Jungle, the girl group signed by Sony, won Best Group and Best Female Act beating stiff competition from Jess Glynne, Clean Bandit,  Katy B, and FKA Twigs.  Nico & Vinz who have had a successful year so far picked up Best Single and Best Cross Over Pop Act for their hit single ‘Am I Wrong.’

Legendary musician, Nile Rodgers from Chic was honored with the prestigious Lifetime Achievement Award. Nile Rodgers, who is currently working on award winning group Daft Punk’s album, added “It’s a pleasure to receive such a prestigious award at the UMA’s.  I am truly honored”.

UK pioneer, General Levy took the award for Outstanding Contribution to urban music, immediately after getting the crowd on their feet performing his hit song #Incredible.  UMA previous winners, DJ Luck and MC Neat took the crowd into one of the best performances by far of the evening as they winded down the show.

The 12th annual Urban Music Awards was sponsored by Winter Palace Vodka, Pomarina, GoodGirlsClub.net , Zuricom,  Mula Cake, Vibe Audio.  The UMA is also this week announcing the launch of #UMATV a brand new online TV Platform, with interviews, music videos, and exclusive content from the UMA’s in the UK, USA, Caribbean, and around the world.