Pukaar — Call For The Hero, an action drama series that brings back the army man as a hero on TV after a long gap. The show has packed a powerful star cast. While Raj Babbar (who plays Rannvijay’s father) makes his TV debut, Adah Sharma, Prashant Narayanan, Kiran Karmarkar, Vipin Sharma and Shubhangi Latkar are also a part of the action drama. 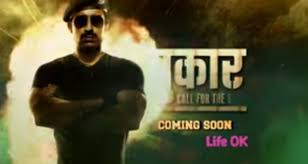 The mini series will air on the weekdays, taking on the big daily soaps. It marks the return of Vipul Amrutlal Shah to television after many years, and promises to be a blend of action and drama.

The show focuses on the personal journey of a son to win his father’s love. And is especially mounted hand-to-hand combat thriller revolving around Major Rajveer (played by Rannvijay Singh) and his fight against the powerful builders’ mafia that controls Mumbai.  On this Vipul Shah says,

“No story can be told unless it’s emotional. If the emotion doesn’t touch you, the grandeur alone will not make you watch the show again.” He further adds, “They are the real heroes. After Force, Commando, and Holiday, now it’s Pukaar and I think the action sequences here will be better than anything one has seen on TV.”

Pukaar — Call For The Hero, starts November 24 and will air on Monday and Tuesday at 8.30 pm on Life OK.