Relationships take a lot of work to keep them strong and to keep love alive, and require both parties to make the effort.  Sadly, for one of TV’s super couples – Jennifer Winget and Karan Singh Grover – their relationship has fallen apart.  The two married on April 9, 2012.  Rumors have been spreading for a while that all was not well between Jennifer and Karan.  The two have supposedly been living apart for quite some time now, but neither openly spoke about the separation.  Now, however, it seems their relationship has become so strained that reconciliation is not an option. 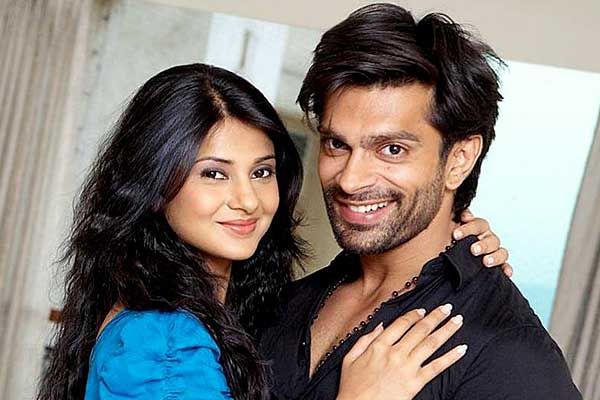 Currently,  Jennifer is busy shooting for Kunal Kohli’s “Phir Se” in London, and has requested the press to give her some privacy in this trying time.  Meanwhile, Karan is readying for his upcoming film that co-stars Bipasha Basu, the thriller called “Alone” – a title that seems especially significant in Karan’s life right now.

A friend of the couple had the following to say,

“Karan is infamous for his philandering ways. Jennifer was so fed up that she started living separately, but she wanted her marriage to work. However, Karan told her clearly that he doesn’t believe in the institution of marriage and wants to be a free bird. He is commitment-phobic. In fact, he told his close buddies who tried to intervene that he will not marry again. Even Karan’s parents, who love Jennifer, tried to convince him, but in vain.”

Jennifer was Karan’s second wife.  He and his first wife, Shraddha Nigam, called it quits after only around 10 months (2 December 2008 – October 2009).  Since shooting for Alone, there has been speculation that Karan is dating Bipasha Basu.  However, there is no confirmation on that rumor.  Neither Karan nor Jennifer has released an official statement regarding the reason for the break-up.  We will have to wait and watch how this story unfolds, but hope that each of them finds happiness again!