We all been watching the show and even myself – with all the crazy drama and love happening on the show one would get confused on a few characters on this season of Bigg Boss8. But one contestant who I am sad to see go is Sushant. With his personality on the show he did add fun to the season with his over dramatic events and cries. Well that’s what Bigg Boss 8 is really all about right? Bringing out who you really are verses who you aren’t.  One needs to find their identity as Sophie Choudry stated is what you need to find in the show. But did Sushant really find his identity before getting evicted from the show?

Sushant Divgikar, the latest to get ousted from “Bigg Boss 8″, has blamed the “idea of entertainment that Indian reality shows follow” rather than the audience for his eviction. 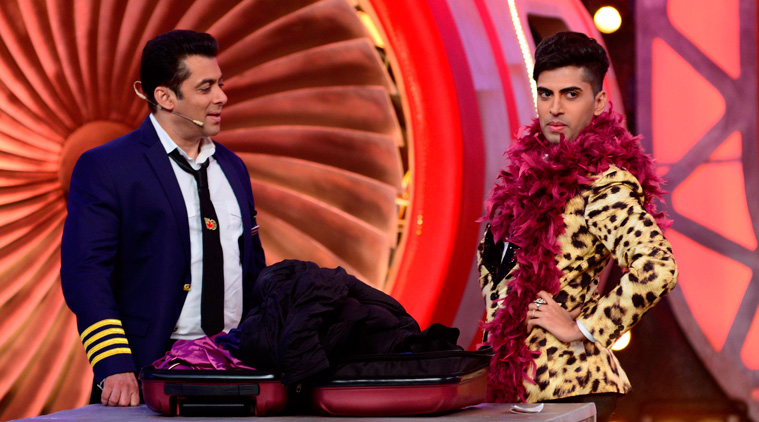 The 24-year-old, whose journey in the Colors’ show lasted 49 days, believes that perhaps the only way to stay in the show is to shout and fight – something he didn’t see himself doing.

Once out of the show, Sushant, known for winning the Mr. Gay India 2014 title, took a look at the footage of the “Bigg Boss 8″ episodes.

“I didn’t see much of myself in the episodes…I will not blame the audience for my eviction. I’d rather blame the idea of entertainment that Indian reality shows follow, considering the fact that if someone is away from the fights and away from the controversies.”

“People love to see fights when they watch ‘Bigg Boss’. They love to see contestants pulling each others’ hair and keep shouting every now and then. If that is a stress-buster (for the audience)), then I can’t do that,”

as he told IANS over phone from Mumbai after his eviction.

One task during the reality show required Sushant to get his head clean-shaven. He feels his eviction is perhaps a result of not doing the task.

“I really don’t know the exact reason, maybe it’s because I didn’t perform in one of the tasks. I was a little absurd to go clean-shaven unnecessarily. I think that my profession might not allow me to get bald to save others from nominations. I would not go bald for anybody just to save them from eviction,” he added.

During his stint in “Bigg Boss”, Sushant had Diandra Soares, Soni Singh, Upen Patel and Karishma Tanna as his confidantes. He wishes to continue his friendship with them when they come out of the show too.

After his eviction, Gauhar Khan’s elder sister Nigaar Z. Khan is entering the house as a wildcard Monday. Well this show is just about to get real good! Stay tuned for more drama on the show! Just what we need another dose of over-dramatic drama!