It’s not only Bollywood who wants a piece of Salman Khan but so does Hollywood and this time for a major film! Everybody wants a piece of Salman and so do the makers of the movie Hercules! As per sources, Salman was recently approached to lend his voice for the iconic character of Hercules played by the handsome Dwayne Johnson and be a part of the epic movie. But to everyone’s dismay, he turned the offer down! 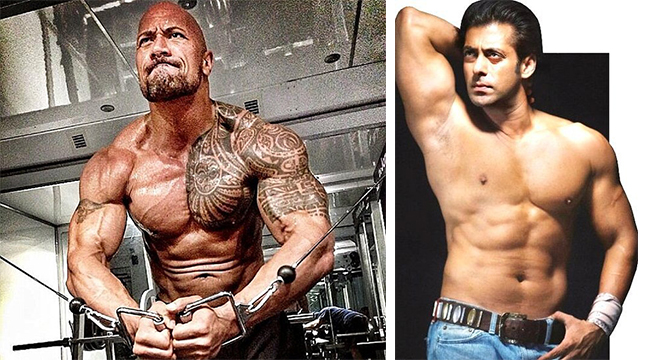 ‘Hercules’ which released is a nail-biting adventure film starring Dwayne Johnson (as his father Zeus, and Achilles) and Salman’s voice would’ve only made it more compelling to watch for his fans. But apparently, our superstar is busy with his current commitments and has been working round the clock. A spokesperson from the film confirmed the news that Salman who was busy with his film ‘KICK’ that released last week, was approached for Hercules.

“Salman bhai he was delighted on receiving such an offer but could not go forward with it because of his tight schedule. He is a fan of Dwayne Johnson and is also looking forward to watch the film”, said a source close to the star.

Do you think Salman would have been able to pull off this role if he had accepted the part?

Drop us your thoughts and tell us what you think!