Born in Hickory, North Carolina and raised by Bengali scientists, Nathan Nabin “Brooklyn Shanti” Laskar has been courageous and daring in how he both honors and re-translates his relationship to his cultural heritage. As he himself has suggested, “Flipping Bangla to change the context” has been an important aspect of his vision as an artist and human. His belief that cultural identity doesn’t have to be blatant in order to be part of the subtext is key to his larger vision, and has resulted in a textured and daring set of collaborations on his current album, Bedstuyle on Someplace Called Brooklyn. 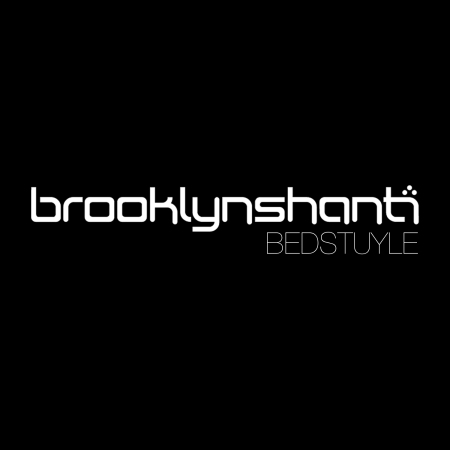 Bedstuyle is Shanti’s most recent album releasing this September. Ambitious, gorgeous, and pulsating with range and verve, it is as much a travelogue of human emotion as it is an undeniable head-bobbing and foot-tapping musical experience. The title is a play on words derived from his neighborhood in Brooklyn, Bedstuy. Of Bedstuy’s influence, Shanti states,

“This album is a reflection of Bedstuy’s past hip-hop heritage ranging from Biggie to Mos Def, its current incarnation as a hybrid space, and its future pulse electronically.”

From loneliness to longing, love to civic responsibility, Bedstuyle dreams big and pulls no punches. “Midnight in Paris,” the stirring and quietly powerful first track, prepares us to find ourselves in all manner of contexts, both geographical and emotional. Its slow build to crescendo is enchantingly layered with choral voices and rich beats, and segues pitch-perfectly into the sultry depths of Bollywood starlet Evelyn Sharma’s debut, “Something Beautiful,” an electric ballad balanced by glimpses of Shanti’s own voice. Its lyrics encourage us to remember that we all have radiance within us, no matter how difficult it is to believe. 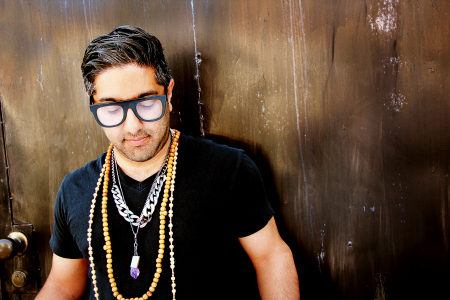 One would be mistaken in thinking, however, that Brooklyn Shanti is all intense profundity. The tracks “This Feeling,” featuring the Reggae vocal styling of Jahdan Blakkamoore and fellow Cumba Mela co-founder Thornato, as well as “She,” which features Brooklyn Shanti’s own unique voice, are playful and summery promises of an album that is as willing to have as much fun as it is thoughtful. Such exuberance balances perfectly against nakedly melancholy tracks such as “Let It,” featuring Karsh Kale and the Midival Punditz, and “Intervention.” Shanti’s impressive range also extends to the more meditative and spiritually minded “Sun Salutation,” featuring the elegant Spanish vocals of Vanessa Beatriz and “The Rain,” a dreamy track marked by Dani Mari’s astounding voice and stirring orchestral instrumentation.

Bedstuyle is also characterized by a sense of global and emotional awareness. Tracks such as “Garden of Ghosts,” for example, featuring Dani Mari, was written during a moment of phoenix and represents the reluctance to move on from life’s transitional states. It moves seamlessly between Mari’s haunting and ethereal vocals and a more electronic beat, in contrast to the purely acoustic track “33 1/3,” which looks beyond the West to the realities of poverty and pain elsewhere in the world as it maintains its sense of the difficulties of personal life. It’s also an artist’s anthem, one that adamantly insists that the act of music making is essential to living. As Shanti insists, naming himself,

“Nabin will never die/I’ll remain alive/through the energy in these sounds.”

A thought provoking and consuming musical experience, Bedstuyle is a delight, and singles out Brooklyn Shanti as one of music’s most fierce and necessary talents. He is also currently working on an album with Afrika Bambaataa and Karsh Kale for the South Asian market, with Camp Lo on a Bengal vs Bronx fusion project, and he has enlisted Cumba Mela’s Thornato to work on a Bengali dancehall album. Shanti has also written and released a song based on author Vikram Chandra’s stories, which Chandra has publicly stated that he wants played at his funeral. Shanti is also in the process of putting together a band with Karsh Kale to tour his current album, Bedstuyle. Keep it locked for more updates!