Waiting in the wings to become the next Deepika Padukone to take the world of entertainment by storm, aspiring scientist turned mesmeric model Pooja Bhamrah has transformed into an attractive actress in youth oriented show ‘Yeh Jawani Ta Ra Ri Ri’. Marking her debut in Channel V’s block buster show was a strategic move for pretty Pooja, who wanted to get familiar with the nuances of camera movement.

Punjabi kudi Pooja (and Bollywood loves all Punjabi kudis) as we add is playing a character – Devika – who is completely opposite of what she is in real life. Devika in Yeh Jawani is real smooth girl, who is full of herself. She can be pretty shrewd at times but deep down she is harmless, says the model who hasn’t formally studied acting but has done a short term theatre workshop with Neeraj Kabi (of Ship of Thesus fame). .

The Mumbai-bred girl has done her B-Tech in biotechnology and aspired to get into research but destiny had its own plans. She started modelling 2 years ago and ever since then there has been no looking back.

“Acting isn’t really as easy as it seems. However, life has just changed for the better. I’m much busier now juggling between ramp and acting. I was a little apprehensive and had my own inhibitions but the entire team supported me supremely and helped me give my best,”

says the savvy diva who aspires to play a strong feminist character someday – more like on lines of Gulabi Gang.

Well, Pooja is right on the dot in aspiring to be like ‘Dhak Dhak’ girl Madhuri Dixit and former beauty queen turned superstar Juhi Chawla. 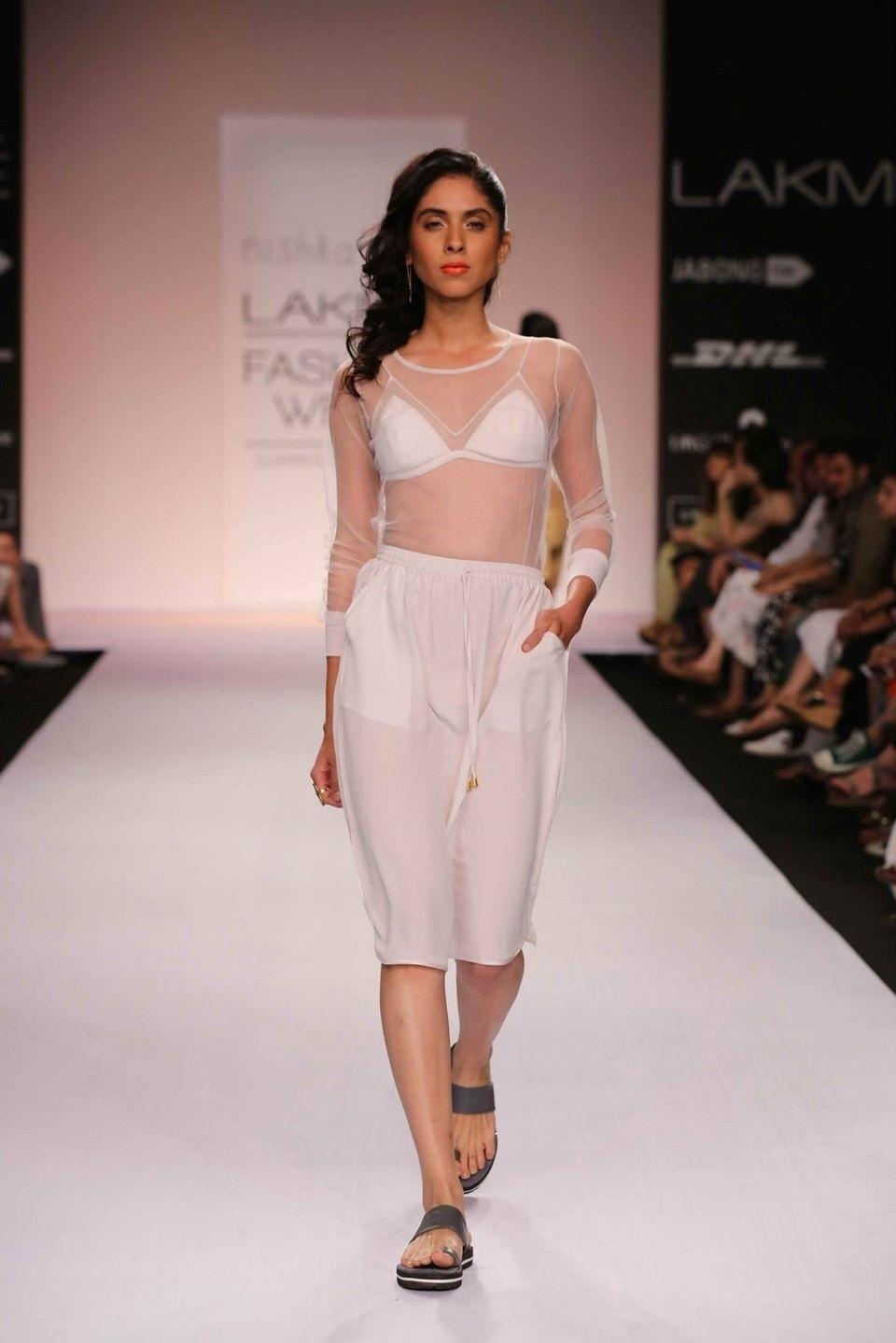 Pooja is good at multi tasking as she juggles between modeling for a Kolkata based designer at Fiat’s launch event and the Lemark show. A graduate in Biotechnology, Pooja could have well chosen a cushy 9 to 5 high paying job but then this cerebral Punjabi beauty was destined to rule the ramp. While she was preparing for her MBA entrance exams, Pooja got a lucky break in modeling and stormed into the Indian fashion scene with Punjab international fashion week by Storm fashion company where she walked the ramp for the first. Since then there has been no looking back. Very soon, she was up there winning multiple beauty pageant crowns and other accolades. Miss Queen of India 2011, Miss Oriental Tourism India 2012, Max fashion Icon 1st runner’s up all of them followed in quick succession brining Pooja into the limelight. 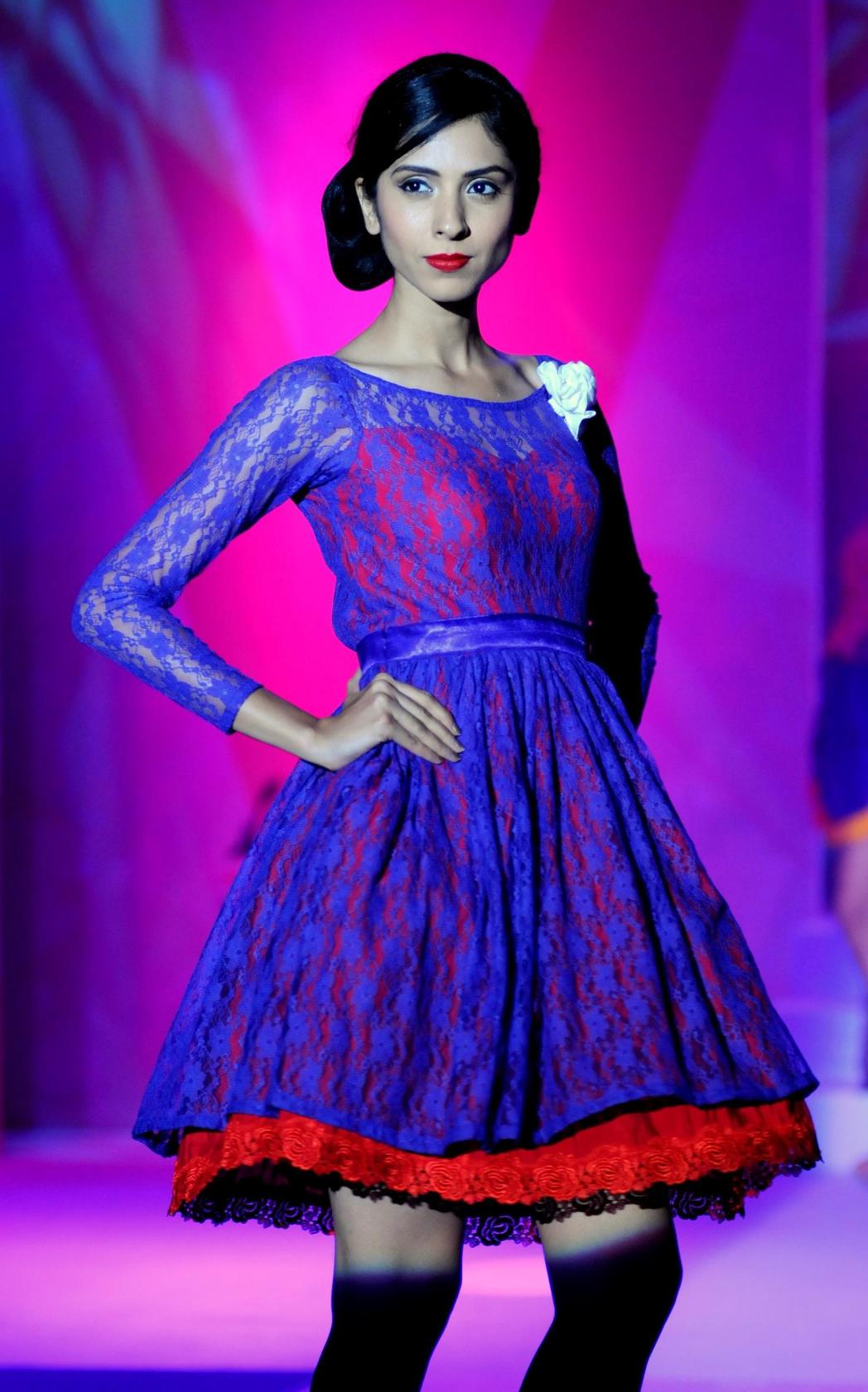 As of now it looks like she is only focused on films though! Pooja Bhamrah brings out the best of poetry in the hearts of many a man. And then she starts talking and the poetry lithely is transformed into a melodious symphony in motion. Every word uttered feels like pearls dropping on the floor so precious, they leave a lasting impression. You are bamboozled by this amazing combination of beauty with brains – a rarity in our modeling industry and yes the film industry too.