http://www.youtube.com/watch?v=KGC6vl3lzf0
The movie is about Kangana going on her solo honeymoon to Paris, after being dumped at the altar by her fiancé. She finds new friends in a foreign land, lets her hair down and has the time of her life. This is the part where her character experiences a beautiful transformation. Check out what Kangana had to say about the new flick!

Q: People have been praising your performance after watching just the trailer…
Kangana Ranaut: I am getting amazing reactions. Mr. Amitabh Bachchan has apparently tweeted about the trailer. I also met him at a party recently. Mr. Bachchan, Mr. Aamir Khan and Mr. Salman Khan all told me that they are eagerly waiting to watch the film. What else can one ask for? It’s very important to me because I have felt accepted for the first time. I have never received such support for any of my films before. 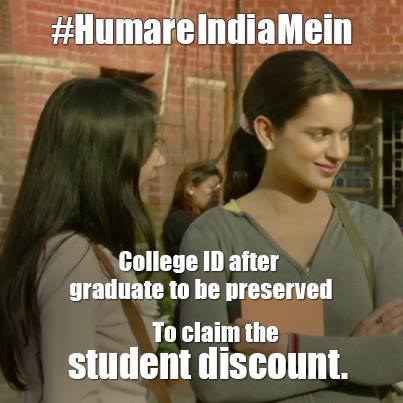 Q: Vikas Bahl is known to make exceptional films. How was your experience being directed by him in Queen?
Kangana Ranaut:What I love about these contemporary filmmakers is their spontaneity. They allow artists to contribute to the film in many ways. Vikas allowed me to write dialogues for the film, not that I was planning to or worked towards it. It just happened very organically. He liked what I was coming up with and he let me write my own dialogues. At the same time, he understands the needs of an artist. I remember, I was working multiple shifts and was filming for Krrish 3 and Queen simultaneously. One day when I came from the sets of Krrish 3 and Vikas asked what was wrong with me as I wasn’t behaving and walking like my character Rani. I can’t just switch on and switch off. It takes me months to get into a character and I can’t just work like a robot. He understood that and respected me as an artist. He didn’t shoot with me that day. It’s nice to work with such a director because you then put your all into his film because he respects you.

Q: Could you relate to your character Rani?
Kangana Ranaut:I don’t really relate to the character. She has major issues. She believes that by changing herself, she can please people around her. Her goal is to keep everyone happy. She is really naïve. I don’t identify with these traits of her personality. But at the same time, I also come from a middle class background and I understand how and why she feels that way. I have also come from a small city to a big one. But I never had issues like low self-esteem. Everyone has these phases but it’s not something I have experiences throughout my life like Rani has.

Q: How was your experience shooting in places like Amsterdam and Paris?
Kangana Ranaut:We frequently shoot abroad but mainly for songs for which we dress up quite a lot. You look like an actress and people come and take pictures with you (laughs). However, for this film I had a very girl-next-door look and honestly, looked very ordinary. People would look at me and wonder why I am so special and why would someone make a movie with me (laughs). That was a bit different. People would ask the crew “Is she the leading actress?” You know, people have this idea of a Bollywood actress wearing a chiffon saree and her hair flying (laughs) but that wasn’t the case with me. 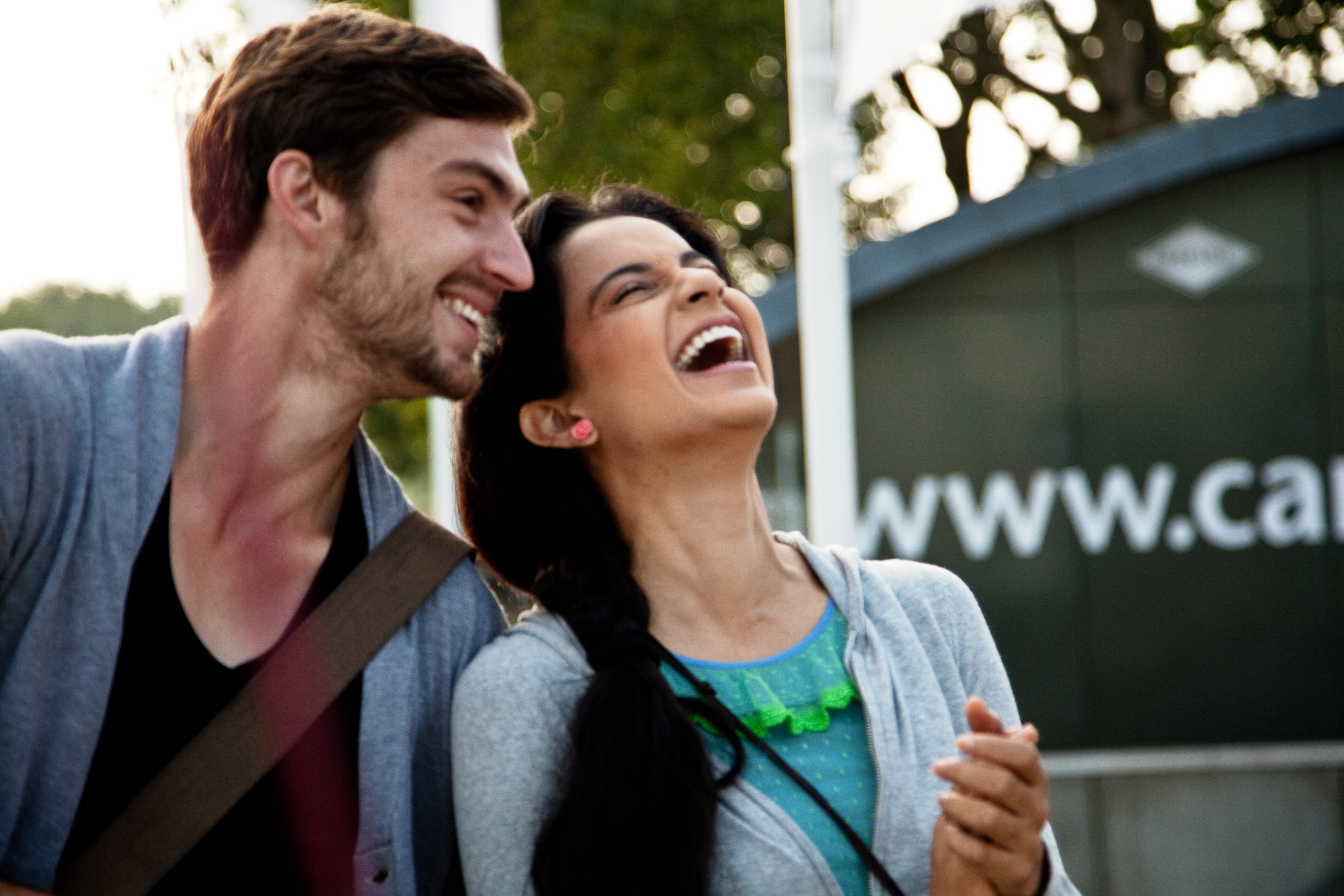 Q: How was your experience attending the Burberry show at London Fashion Week recently?
Kangana Ranaut:It was really beautiful. London was great as it didn’t rain that day. We were expecting it to rain and it didn’t. So we were quite lucky with the weather (laughs). It was my first experience at an international fashion week and show. Burberry and I go long back as they have been dressing me for red carpet appearances and events. I was thrilled to see their collection and I loved how they received me. It was just a lovely experience.