DAR Film Distributors (DFD) announced that it would be releasing Jayshree Motion Pictures, National Award winning Marathi feature film ‘Dhag’. Directed by Shivaji Lotan Patil, the film which has won over 47 Awards, including 3 National Awards, is set for a 07 March 2014 release.

“At DAR we are focused on backing and promoting content driven cinema and Dhag is yet another really good association in this direction. We are confident that it would have as good an impact on audiences and the box office as it has done with critics across the board.”

Dhag is the story of Krishna, his mother and their seemingly ambitious aspirations for Krishna, against the backdrop of their socio- economic standing. Raised by a father who cremated people for a living, Krishna’s mother always wanted him to pave a path for himself that takes him away from the sorrows and hardship of his legacy. 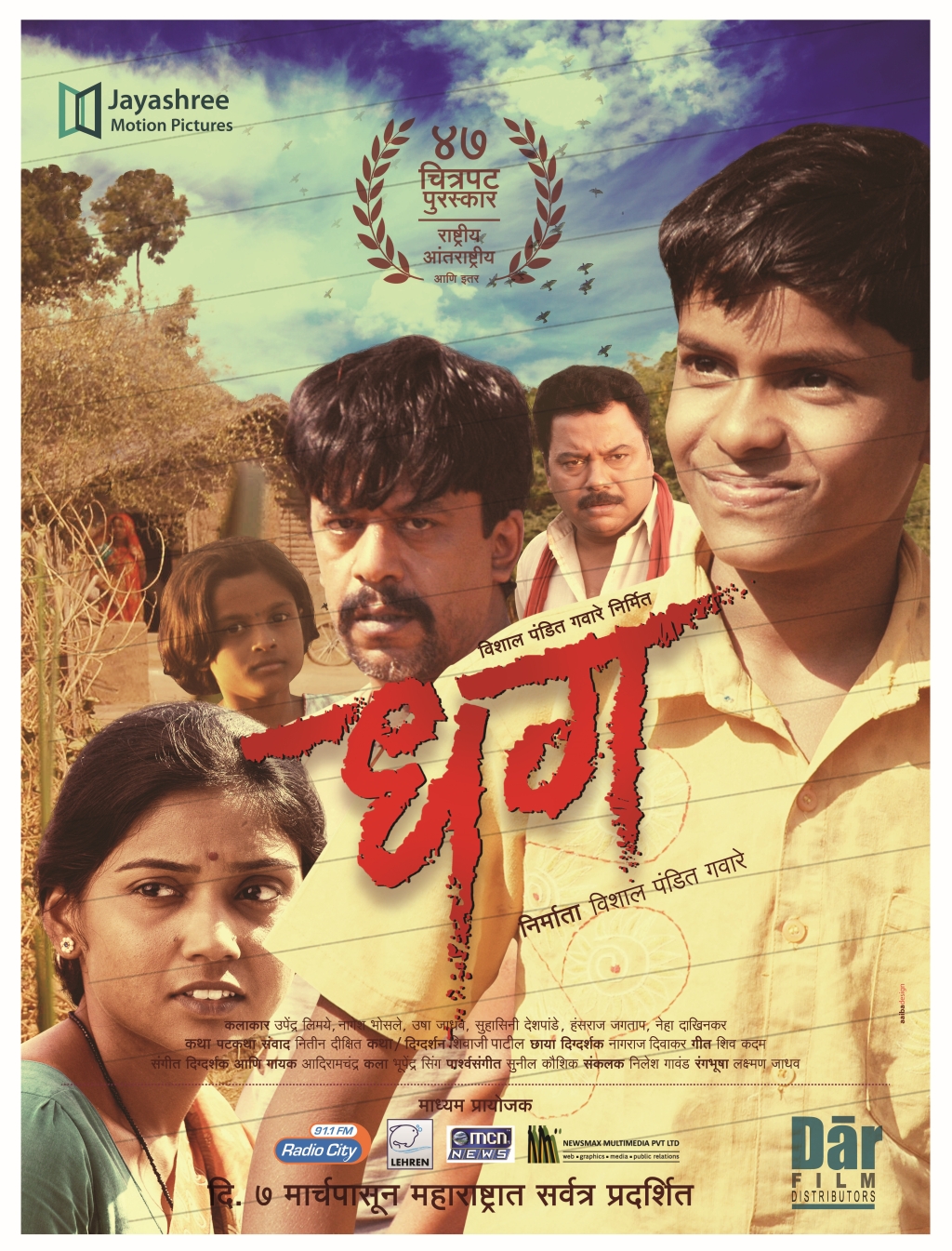 While his father’s untimely death opens the gates of opportunity for young Krishna, the plight of his widowed helpless mother reels him back to his origins. Dhag has been crafted to beautifully capture the moments, trials and tribulations of young Krishna along this journey. Commenting on the movie, Producer Vishal Pandit Gaware, said:

“This movie is very special to me and it is next to impossible, to put in words the gratitude I have for the support this film has received from the fraternity. I believe that Marathi Cinema in at a very crucial juncture, where film makers are exploring new subjects and the audience is eager for fresh content. At this moment we needed the support of a Distribution channel that has the understanding of good content beyond all barriers including language. Dar Film Distributors, as is evident from its last couple of release, is the best suited for this and we are really glad to have them on board as the films distributors.”