Ranj B and Force Records present the brand new single by Daman Mahal titled ‘Sajna Ve’  that has already been released worldwide on January 30th 2014.  Featuring production by the legendary Kam Frantic and Lyrics by Binda Johal, ‘Sajna Ve’ is a special Valentines treat! 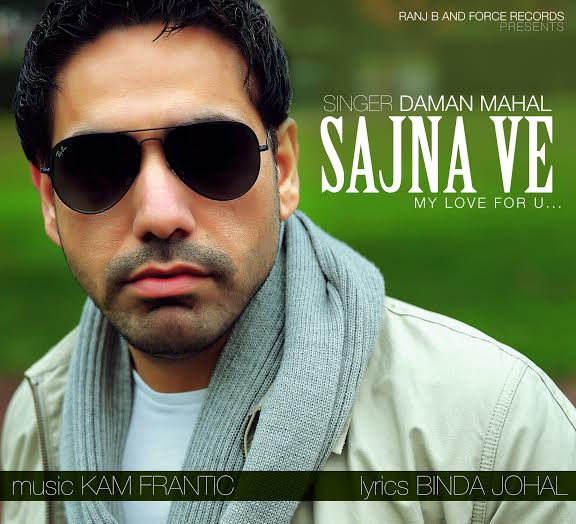 Born in the city of Amritsar in Punjab, Daman Mahal moved to the UK 17 years ago but began his musical journey at a young age. Daman Mahal was trained by Bhai Jasbir Singh, a Ragi from Harmandir Sahib (Golden Temple).

Daman Mahal released his debut album in 2009 titled ‘Sun Zara’ and then went on to release the singles ‘Yaarian’, Thokh Glassy, & ‘Yaari’ in the years that followed.

January 2014 sees Daman Mahal return once again with the soulful ‘Sajna Ve’. With music by Kam Frantic, who provides the perfect musical backdrop for the vocals of Daman Mahal.

The video for ‘Sajna Ve’ has been shot by Brightzone Production and has already been released worldwide.