Produced by Aditya Chopra, the movie is directed by A. Gokul Krishna. The song was sung by Abhay Jodhpurkar with lyrics by Madhan Karky. The story revolves around two very different characters who join forces to develop a lucrative wedding planning business. After a night together, things turn for the worst for the successful partnership because each of them want something different. Story sound familiar? It should! Aaha Kalyanam is the Tamil remake of Band Baaja Baaraat! Will fans love the Tamil version as much as the Hindi version? We’ll have to wait and see! 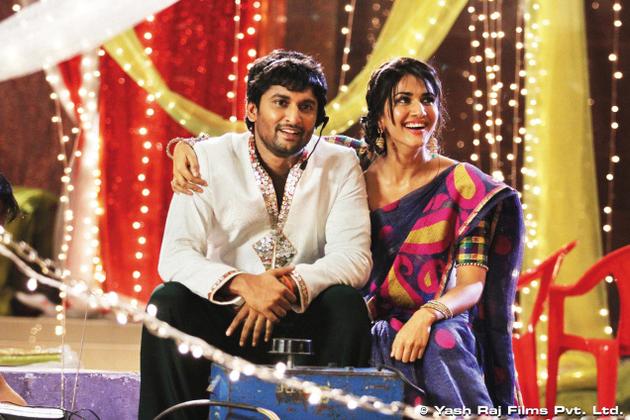 Be sure to catch the Tamil version of Band Baaja Baaraat, Aaha Kalyanam releasing February 21, 2014!