The brand new poster from Darr @ The Mall gives the audience a spine chilling sneak peak of the ghouls that haunt the mall, killing all that trespass them.

The movie released this Friday and saw a spectacular response from the audience and critics alike. Adding to the fear filled drama of the movie, the makers of the film have released a new poster, where the spirits of the mall stand to reveal their blood curdling forms. One hooded apparition stands with a sword, as if ready to take its victim to the gates of hell. 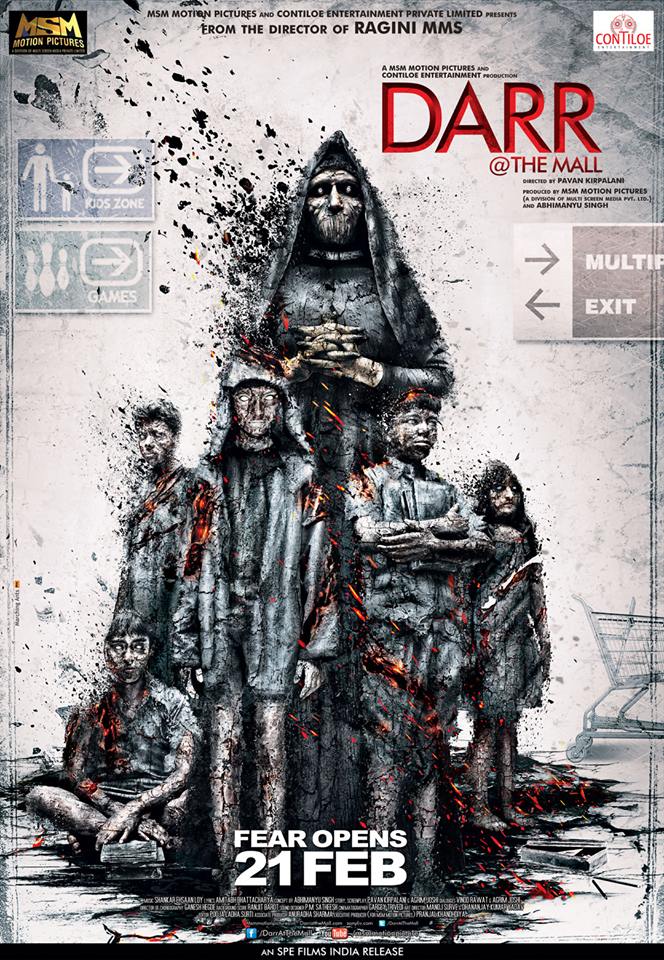 “Fear Has A New Address. Go Have A ‘Mall’ Of A Time. Jimmy is the most sincere actor we have around.” RJ Jeeturaaj called the movie, “A scaringly wonderful mall –tainment.”

Both gave the film 4 stars.

“Darr dares you to get scared. Those who like that chill up the spine are in for a good time.”