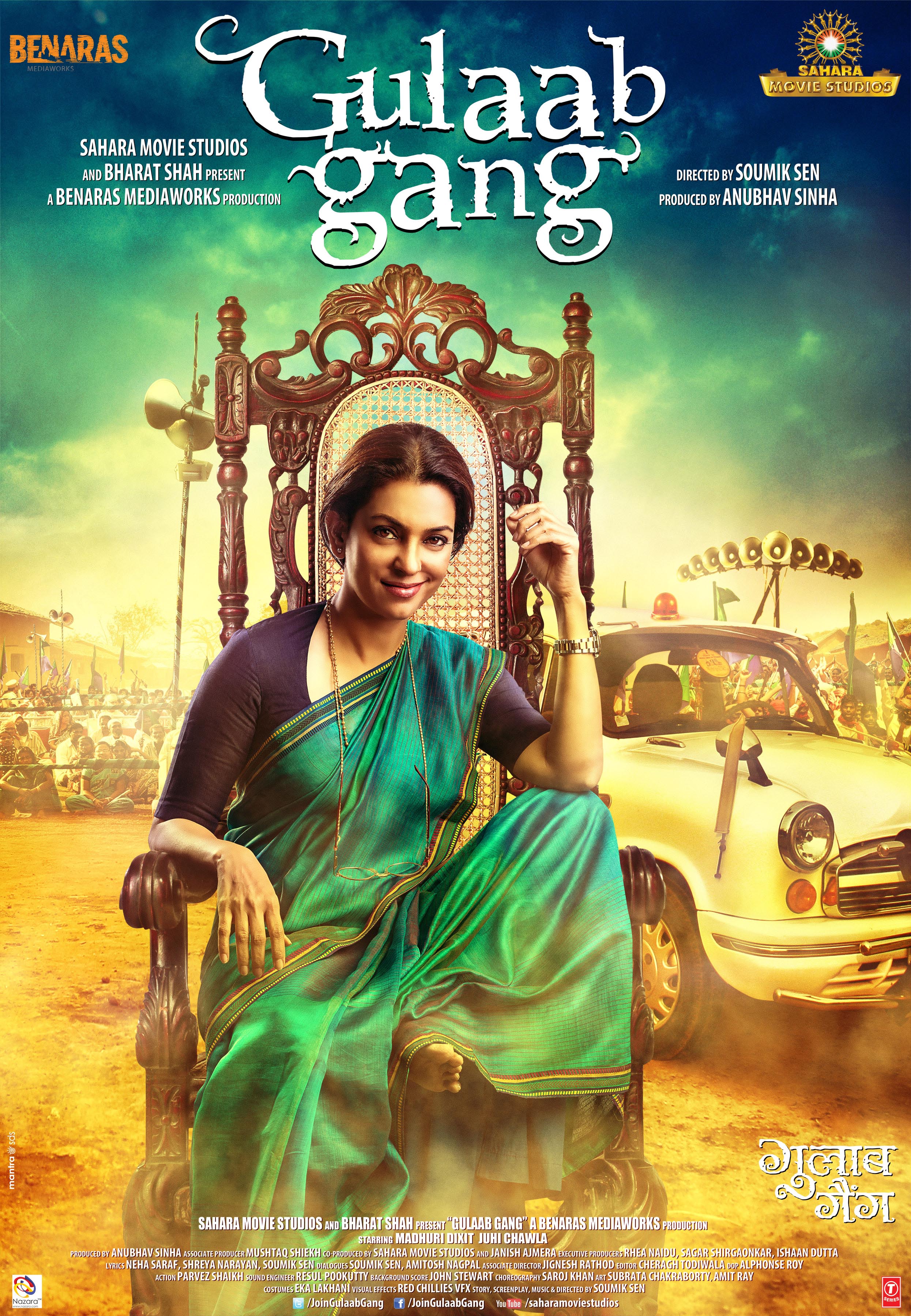 Juhi, who’s known for playing lovable and bubbly characters, will be seen in a never-seen-before avatar as she dons the role of a politician named ‘Sumitra Devi’, effortlessly. The actor stands against another very fierce character ‘Rajjo’, played by Madhuri Dixit, who leads the ’Gulaab Gang’ in the film. The trailer of the film has been very well received, with audience looking forward to watching the impeccable actresses deliver outstanding performances, and challenging themselves.

Directed by Soumik Sen, Gulaab Gang is inspired by a group of women social activists (Gulabi Gang) in Bundelkhand and is based on women empowerment. Produced by Anubhav Sinha, Gulaab Gang is presented by Sahara Movie Studios & Bharat Shah and is a BenarasMediaworks production. The film is slated to release on the 7th of March.