Madhuri Dixit and Juhi Chawla starrer ‘Gulaab Gang’ has impressed the audience, with its action-packed trailer and powerful performances! The makers of Gulaab Gang have now released two new dialogue promos from the film, which further enhance the strong and fierce character of ‘Rajjo’, played by Madhuri Dixit. 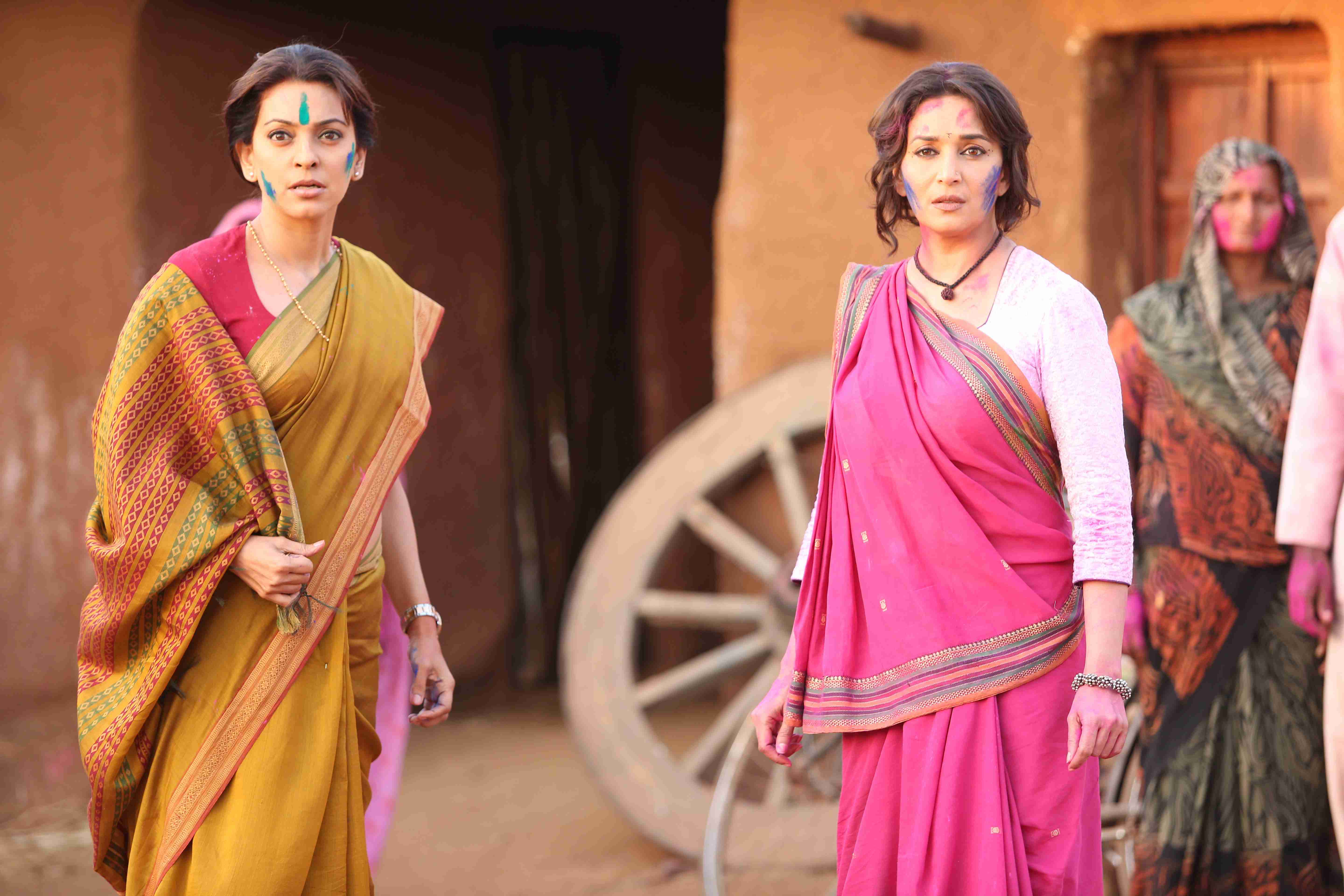 Check out the promos from Gulaab Gang!

One of the newly released promos features Madhuri, who leads the Gulaab Gang, gearing up for elections. In the second promo, she gives her take on the injustice on women. Rajjo takes a strong stand against inequality as she is interviewed on contesting for elections against ‘Sumitra Devi’, played by Juhi Chawla.

Directed by Soumik Sen, the movie is based on women empowerment. Produced by Anubhav Sinha, ‘Gulaab Gang’ is presented by Sahara Movie Studios & Bharat Shah and is a Benaras Mediaworks production. The film is slated to release on the 7th of March.