It’s not every day that you get two individuals who have started, moreover, created a certain movement in music to sit together and share their thoughts. The Punjabi Rap Star & The Punjabi Rock Star; Oakland, California based Bohemia & Southall, London based Juggy D were recently in India for separate tours promoted by YS Events & Promotions. Both Bohemia and Juggy D spent time together in India and strengthened their mutual and genuine creativity and love for the music. 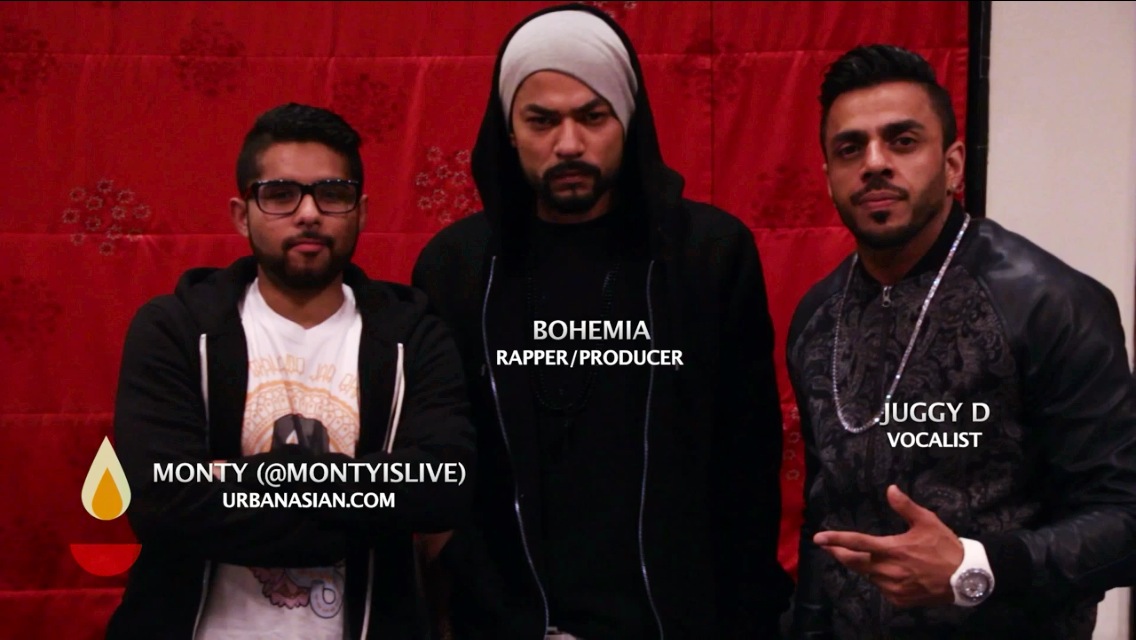 Bohemia started his career and created a very impressive and now also successful and commercial movement with an introducing genre – the Punjabi rap, or as he calls it simply, Shayari. This happened in 2002 with the release of his independent album, Vich Pardesan De, which took his listeners and fan following by storm. Juggy D has been on the mainstream scene since about 2004 when he released debuted with his self-titled studio album. Then, alongside ace-producer Rishi Rich and now worldwide sensation Jay Sean, they collectively came out with The Rishi Rich Project and the immensely popular Tere Naal Nachna (Dance with You) gave birth to the Urban Asian music scene – and yes we shall be seeing a reunion very soon!

Forward about a decade later, both these giants in their own genres of music are not too happy with what has been being brought out to the listeners and by producers globally. Both, Bohemia and Juggy D know what they’ve been doing and are continuing the same. They are not just successful artists but genuine businessmen and hearty individuals that make music for the love of their listeners. Yes, we all will even hear a collaborative track by these two shortly! Watch the exclusive interview on how they initially met outside India, became buddies in India, the business aspect of the industry, their upbringing and the future as they chat it up with UrbanAsian’s very own Monty (@montyislive).