Who wouldn’t want to be in an A.R Rahman video which always gains great attention as the master is one of the best composers in the world. A song of many firsts, it shows A. R. Rahman singing in Punjabi and featuring alongside a girl, for the first time, ever. The lucky girl is none other than the charming Alia Bhatt.

The female version of the song which was sung by the Nooran sisters, got a resplendent touch in the male version, with Rahman’s soulful voice. The addictive track is sure to be played on a loop in everyone’s playlist. The video shows A.R. Rahman sitting on a cot with musicians, swaying to the music, and Alia sitting, leaning against a truck. Another scene shows them looking carefree, sitting at the back of the very truck, which was used for filming Highway across several states. 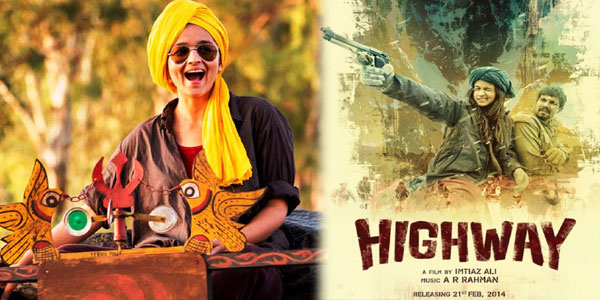 The shoot was an ecstatic one, where the crew was seen soaking in the early evening sun and the addictive beats, with the lyrics perfectly complimenting the moment. Styled by Aki Narula, the video has Rahman looking effortlessly stylish, wearing a brown shirt underneath the grey Highway jacket. Alia, who is all smiles, is seen wearing skinny jeans and a black leather jacket, adding her charisma to the music video.

Lucky girl Alia also sang a recently released song for ‘Highway’. Under Rahman’s guidance, a soft, beautiful lullaby, ‘Sooha Saha’, was born. The soothing song became the first, ever, for the petite beauty, and that too with the ace composer A. R. Rahman.