Director Pavan Kripalani is back with another horror flick, Darr @ The Mall, the first teaser poster of which was just released! 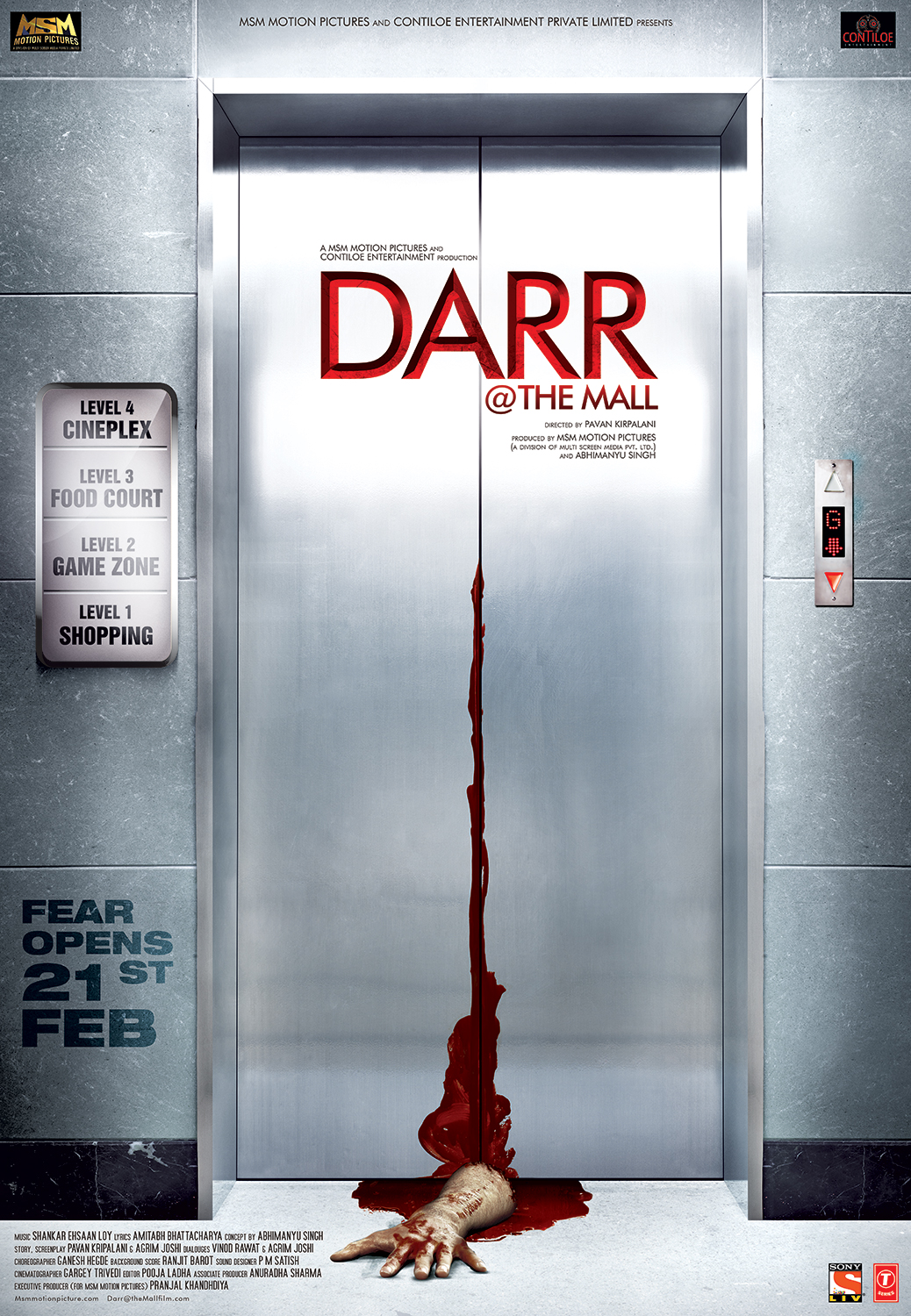 The movie’s social media pages are stocked up with ghost trivias and spooky images that stimulate one’s fear of the unknown and paranormal. Releasing its first look, the poster of the film has an amputated hand lying on the floor outside an elevator, the entrance of which is dripping in blood. The gory poster gives a bloodcurdling tip-off to the audience as to what the film has in store for them. Darr @ The Mall stars Jimmy Sheirgill who plays the role of a ‘security head’ of a mall in the film. It also stars Nushrat Bharucha and is slated to hit theatres on February 21st 2014!