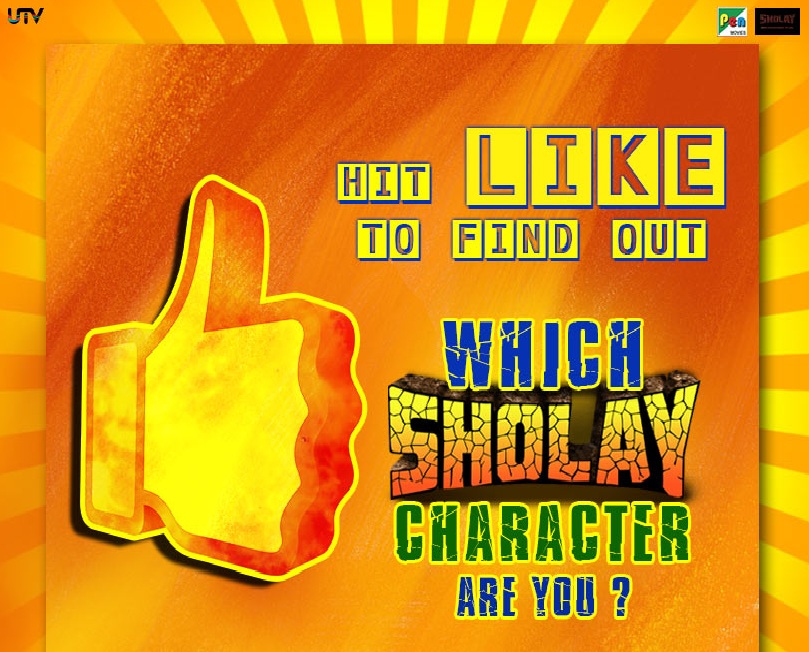 When Sholay was first released in 1975, it created quite a storm in cinema halls across the nation. One would never have known what the film’s digital campaign would be like, had it not been revived now as Sholay 3D.

The cult movie has given Indian cinema, some of Bollywood’s most popular and unforgettable characters. Characters from Sholay have been point of discussion across generations. Since time unknown, fans have tried to mimic one or many characters from the film or at least delivered one epic dialogue at a social gathering. And hence, the makers of the 3D version of the film have launched a Facebook application that lets Sholay lovers find out which character from the film they resemble. Based on the replies to a few basic questions, the application derives what character from the film they could be.

Click on the link to find out which character you are?  http://bit.ly/PlaySholay
Sholay 3D, presented by Pen India Pvt. Ltd, is slated to release on January 3.