The Lunchbox, a heartwarming love story that has captured the imagination of audiences the world over was premiered in the Middle East with a gala screening at the 10th Dubai International Film Festival on December 11, 2013. Furthermore, The Lunchbox is competing this year at DIFF for the prestigious Muhr AsiaAfrica Awards in the Feature film category.

DAR Motion Pictures has produced nearly 10 films, but The Lunchbox has emerged as the most successful to date from the team, bringing international glory to Indian cinema as it celebrates its centenary year in 2013. The Lunchbox has been described as a defining film in the history of Indian cinema, having not only won international acclaim at Cannes Film Festival but also gained strong box-office success in India. The film’s theme has universal resonance, and won over audiences at all the film festivals it was screened. The film is a compelling example of global collaboration with studios from India, USA, France and Germany coming together to produce a film that strikes a chord with global audiences. 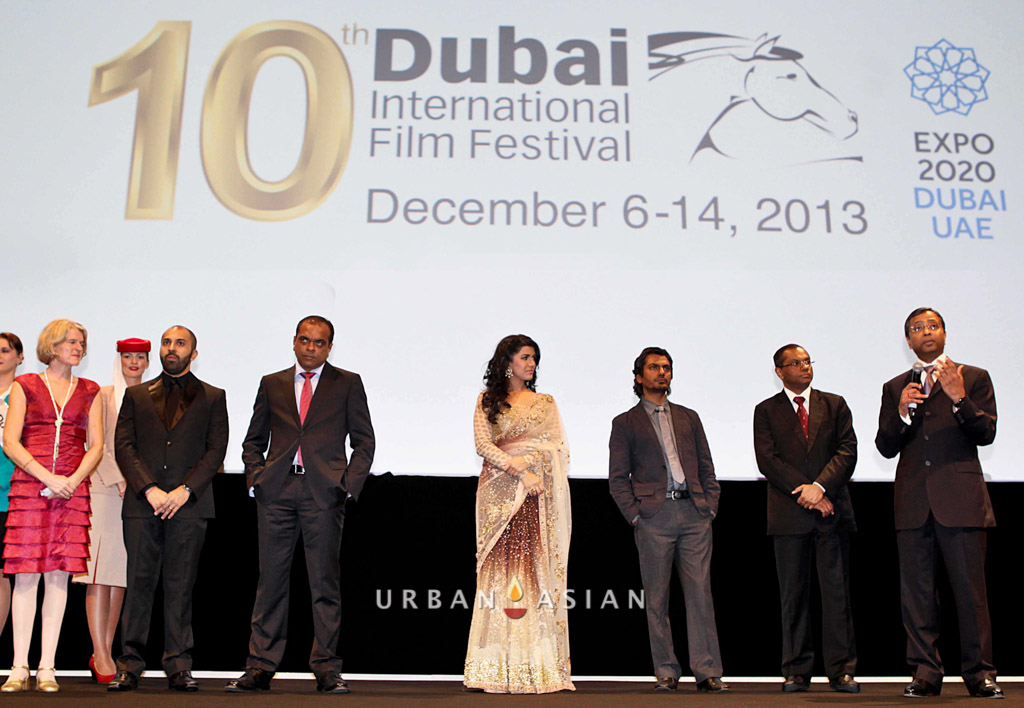 Starring Irrfan Khan, Nawazuddin Siddiqui and Nimrat Kaur The Lunchbox is directed by debutant Ritesh Batra. The film had its world premiere at Cannes Film Festival, and went on to win the Critics Week Viewers’ Choice Award. It was also screened at the Toronto International Film Festival.

Set in Mumbai, the film depicts the virtual relationship of Ila (played by Nimrat Kaur), who tries to add some spice to her marriage through her cooking. However, the special lunchbox she packs for her husband is mistakenly delivered to a lonely man (Irrfan Khan) on the verge of retirement. She adds a note in the following day’s lunchbox, and triggers a strange yet unique relationship with him. Through the lunchbox, they embark on a curious journey of discovery, sharing their regrets, fears and joys through these notes. Nawazuddin Siddiqui plays a cameo role in the film.

The top-rated film by critics in India this year, The Lunchbox is set for theatrical distribution in the US by Sony Classic Pictures next year. The film will release in theatres in the UAE on December 27, 2013.

While several Indian films have won international acclaim at festival circuits in earlier years, most of them have enjoyed limited commercial success. The thumping box-office triumph of The Lunchbox has come as a defining moment for the country’s film industry, with new talent and new narrative styles being sought after by audiences at large.