Every filmmaker has a unique style of showcasing the primary essence around which the film revolves. Nowadays, some of the younger filmmakers are edging towards being more experimental with the subject of their story. Gurmmeet Singh is one such filmmaker that chose to evolve his thought process entirely around a pet fish which culminates in being the responsibility of anyone that comes near it’s tank. 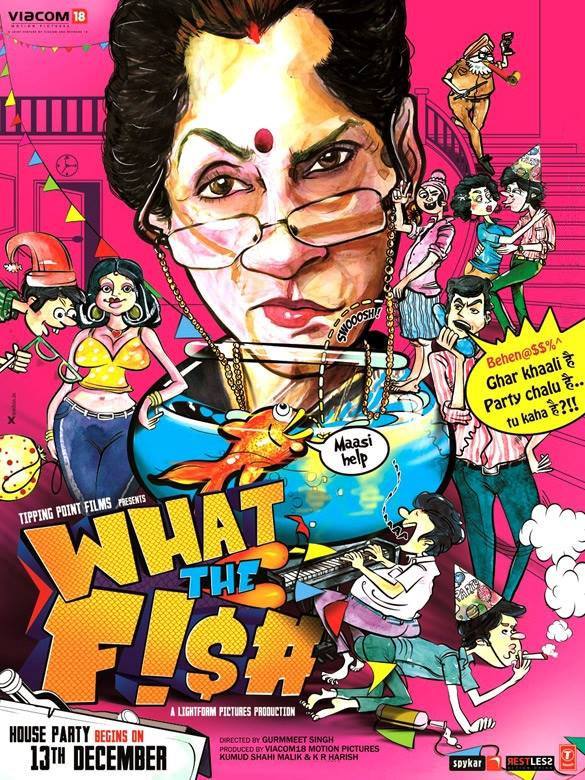 What The Fish directed by Gurmmeet Singh revolves around the protagonist of the film Sudha Mishra, who is a 67 year old grumpy and divorced woman with incredible energy and will, comes back to her home in Vasant Kunj, New Delhi. But to Sudha’s surprise, after being in LA for a short holiday with her son, she is welcomed to her home in Delhi by a freakishly transformed look, as she realizes that it didn’t look anything close to the state in which she left her apartment in. But what shocks her is when a women randomly rushes out of her house when Sudha opens her bedroom door. Whilst she was in LA, her niece’s fiancé’s Sumit, and her niece were given the responsibility to look after the house with care and more importantly, to feed her pet fish and water the plants. Those promises of being responsible for the house changed overnight, as Sumit holds a rather happening party at Sudha’s apartment with no limits or rules attached. What ends up happening is a night that turns into a rage party and Sumit without giving it the slightest thought, decides to offer his good friend a place to stay and sleep, as he and his girlfriend are currently without a home. As the story revolves, the couple who are Sumit’s friends, hand over the place to an unfaithful property broker. The house is then given to a typical hardcore Haryanvi, which then falls into the hands of a tribal Mizoram family. 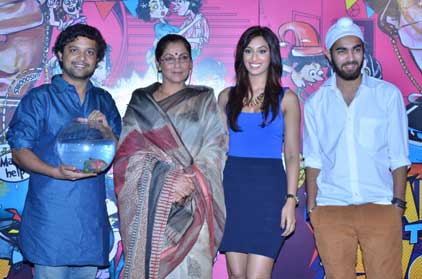 Each & every one of us have something that is immensely precious to us. To Dimple Kapadia, it is her Fish and her plants. Despite the grumpy nature of her character, Kapadia’s timing of dialogues is still spot on even after years of managing to deliver masterpieces in her earlier films. She holds the screen with her embellished and poised presence, which shows how well she’s managed to compose herself as a performer, as the years and roles have gone by. With the central story revolving around a typical Delhi centric lifestyle, Dimple Kapadia nurtures her character of Sudha Mishra to a notch, by fitting well into the life of an average middle class Delhiate. This is where the director Gurmmeet Singh, does a tremendous job in casting someone who can pull off the nature of a woman who is internally disturbed by her battles and miseries, but wants to approach life by living in the present and taking each day as it comes. 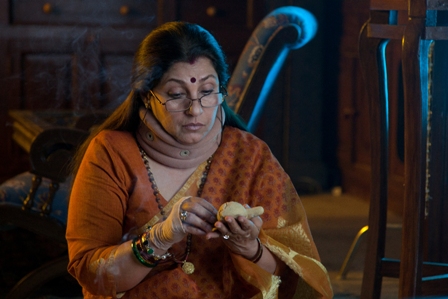 I thought Manu Rishi Chadha portrays a dynamic performance with his rugged and unpolished outlook towards life, where he grasps the potential to deliver witty one liners, yet sustains his ill-mannered and flirtatious quality when he’s in front of woman. Sheeba Shabnam who plays the role of Dimple Kapadia’s niece, enacts the perfect blend of being her aunt’s favorite, and at the same time likes to be the ‘cute and in love’ girl, who can’t get enough of her boyfriend, Sumit.What I liked about this film was that, apart from Dimple Kapadia, Gurmmeet Singh has casted a very new, fresh, young and energetic bunch of actors that have done well to take on their characters in depicting a lifestyle and a certain physical appearance,  that involve themselves in a classical Tamasha. As an audience, one can see how filmmakers these days are wanting to rely on a newer generation of talent to tackle a challenging script in urban and city-like settings, without the luxury of a classy and expensive backdrop.

Watching a film, sometimes leaves you with joy and other times leaves you with a message. But regardless, it always leaves you thinking. Gurmmeet Singh almost clearly wants to tell his audience that you can laugh and sing about every day life, but don’t ever compromise on certain aspects that belong very close to the heart, be it a person or a Fish in this case. What struck me the most was a line that Dimple Kapadia says at the very beginning of the film, which beautifully lends itself as a message to the youth in today’s world- “Today’s generation has no concept of falling in love, just falling in bed with someone.” Like seriously, What The Fish!
http://www.youtube.com/watch?v=vFNL-fLTQtM