Bollywood has inspired personalities from many spheres, politics, being one of them. Jackky Bhagnani is busy shooting for his next, Youngistan, a love story set against the backdrop of Indian politics. A scene in the film shares a candid resemblance to a real-life political incident that just took place. 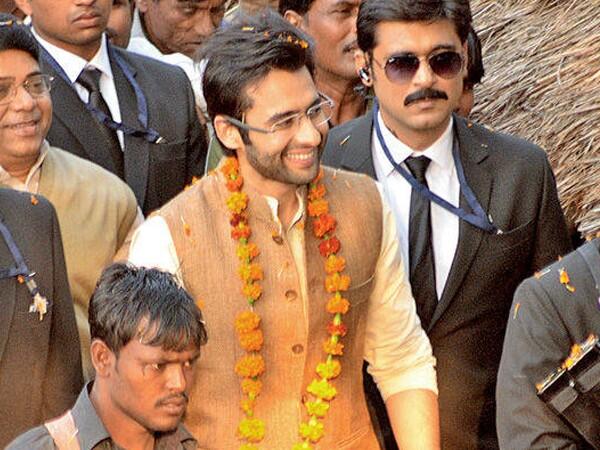 Jackky Bhagnani plays the role of a young politician, who represents the progressive youth of this nation. When the character is elected as a national leader, he politely turns down a government bungalow that comes with his new role, saying that he will continue living in his bungalow. The incident reminds us of Arvind Kejriwal, the ‘Aam Aadmi’s chief minister’s refusal to shift to a government bungalow, from his current residence, in line with his resolve to end the VIP culture.

Youngistan was scripted 8 months before the real life incident. Is it a sheer case of co-incidence or is Bollywood really inspiring politics today? The producer hadn’t yet commented, at the time of going to press. The move is all set to release in 2014!